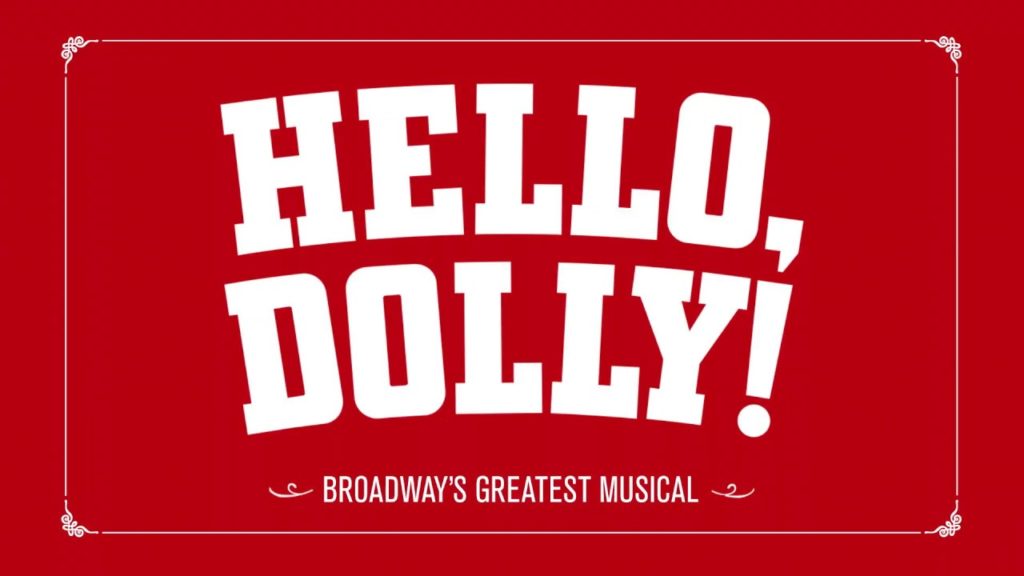 A great performance always seems fresh-minted. That certainly is the case with Ms. Betty Buckley at the Kennedy Center.

In fact, her character,  Dolly Gallagher Levi, first appeared during playwright Thornton Wilder’s 1935 trip to Europe. As he considered the comedies of Austria’s popular 19th century playwright Johann Nestroy, he wondered if an American version might be possible.

His first effort, Dolly’s debut, was The Merchant of Yonkers, based on Nestroy’s Einen Jux will er sich machen (On the Razzle). He “spliced’ a scene into the work from Moliere’s The Miser in the middle of the first act and arranged to meet with Jed Harris, the ferocious Broadway director, to discuss the play, already promised to the legendary German regisseur Max Reinhardt. Harris pronounced the farce’s second act “a perfect piece of farce-comedy writing”

In California with Rinehardt, Wilder revised the comedy’s first two acts, changing Mr. Geyermacher to Mr. Vandergelder, while incorporating other Rinehardt suggestions. Rinehardt especially loved Dolly’s final monologue: “in a comedy – near the end – there should always be one moment of complete seriousness and by that the audience can also see that  the comedy parts are not just pastime.”[i]

However, the play’s California opening was canceled. Now The Merchant of Yonkers would open in New York. Problems quickly arose, however. Wilder wanted Ruth Gordon, whom he had loved as Nora in both A Doll’s House and in Wycherley’s Restoration farce The Country Wife, to play Dolly. But the producer thought Gordon too short. Finally, Gordon turned the role down. She said she didn’t trust Rinehardt as a director.

Jane Cowl ended up with the role. Unfortunately, Wilder’s trepidation proved correct – she was too much of a “tragedy-queen”, famous for playing lachrymose parts. Rinehardt also wanted music in the production. Wilder objected.

In a Boston tryout the handwriting appeared on the wall. Rinehardt’s direction seemed too heavy-handed for Wilder’s script. Friend and critic Alexander Woollcott arrived to offer his advice, but correctly predicted the production would fail.

The Merchant of Yonkers opened at the Guild Theatre on December 28, 1938, and closed the following January after only thirty-nine performances. The world at the time was in no mood for an antic farce.

But Dolly wouldn’t go away.

Ruth Gordon and her husband, Garson Kanin, begged Wilder to come to Paris to discuss a production of The Merchant of Yonkers with Sir Tyrone Guthrie directing. Wilder agreed, and the resulting adaption of the failed script was renamed The Matchmaker.

The play opened in London in 1954 produced by Guthrie’s friend, the great producer Binkie Beaumont. The Matchmaker was the first American drama ever staged at the Edinburgh Festival.

With Ruth Gordon, scenery by Tanya Moiseiwitsch, and Sir Tyrone Guthrie directing,  The Matchmaker became a huge success, moving from London to New York’s Theatre Guild under the auspices of producer David Merrick. The play ran for 486 performances.

But Dolly Gallagher Levi was not yet finished.

In 1964, transfigured once again, Wilder’s story, with music and lyrics by  the irrepressible veteran Jerry Herman, and directed and choreographed by Gower Champion, opened in January 16,1964 starring Carol Channing, to become the longest running, highest grossing Broadway show ever.

Howard Taubman of the New York Times would speak for generations of theatergoers:

Hello Dolly “has qualities of freshness and imagination that are rare in the run of our machine-run musicals. It transmits the broadly stylized mood of a mettlesome farce into the gusto and colors of the musical stage.”[ii]

Mr. Taubman did not mention the essential fact that Herman’s music features every tried and true trope developed in the long history of the American musical beginning with Charles Hoyt’s A Trip to Chinatown in 1892. Mark Steyn notes the musical’s

Splashy production number, with a Busby Berkeley appetite for repeat choruses and all the tricks in the book – spare orchestration, then the whole band; vocal solo, then full company; dance break, double time, slow it down, speed it up, and hammer it home in a high-stepping, slam-bang, triple-rhymed finale”[iii]

When asked about Hello Dolly, Thornton Wilder was “so pleased with it, that one would have thought he wrote it all by himself.”[iv]

Dolly brought Wilder financial security to the end of his life.

Many actresses (and a couple of actors) have offered Dolly Levi over the decades:

Dolly has always been there.

Dolly is so ingrained in the American psyche that now an audience applauds each great tune as it occurs in the overture!

Before yesterday, I had seen Carol Channing, Pearl Bailey, and Dorothy Lamour (when I was drafted to supplement the bus-and-truck company’s run-crew at Charlottesville’s new Assembly Hall) essay the musical version and, at Chicago’s Goodman Theatre Kristine Nielsen present the non-singing Dolly.

Ms. Buckley’s Dolly may be unique. She has not been cast for any personality quirk or to tap a fanbase created in other media. Ms. Buckley has many  enthusiastic fans simply due to her position as a consummate professional actor-singer-dancer musical comedy performer. To watch Ms. Buckley on stage is to witness the way a theatrical long-distance runner parcels her time and energy for a track measured by months, playing eight exhausting performances a week. And Ms. Buckley manages to give a bravura performance at each and every one.

Ms. Buckley, unlike her predecessors, seems to emphasize the Irishness  of Dolly’s Gallagher’s maiden name. She is impish, sentimental, passionate, at times brutally candid, but always wise and witty. Ms. Buckley’s great strengths as a master artist are drawn out by the finest Horace Vandergelder you will ever see – Lewis J. Stadlen.

The supporting cast is first rate as well. Nic Rouleau sings up a storm as Cornelius Hackl and his cohort in crime, Sean Burns, dances like a young lithe Jimmy Cagney. Together they seem the theatrical ancestors of Napoleon Dynamite and Pedro. Each is great singly and as part of the comic duo. Kristen Hahn’s Minnie Fay finds every ounce of comedy and pathos as the shop girl whose time has come.

All of the performers are blessed with the high-octane, disciplined, clockwork direction of farce master Jerry Zaks. Warren Carlyle’s choreography lights up the stage to the same megawatt level as did Gower Champion’s, but with a few dim moments along the way – showing nothing but the difficulty in following a legend. He is fortunate to have a cadre of the most able dancers you may see this season.

Santo Loquasto’s stunning 19th century musical hall-inspired wing and drop scenery, based on American advertisements of the period, houses this brilliant theatrical reminder:  musical comedy, at its best, as it is in the current national tour of Hello Dolly, is America’s great gift to world culture.

Don’t miss this  Hello Dolly when it comes to a city near you.