IN THE SEASON OF PARSIFAL 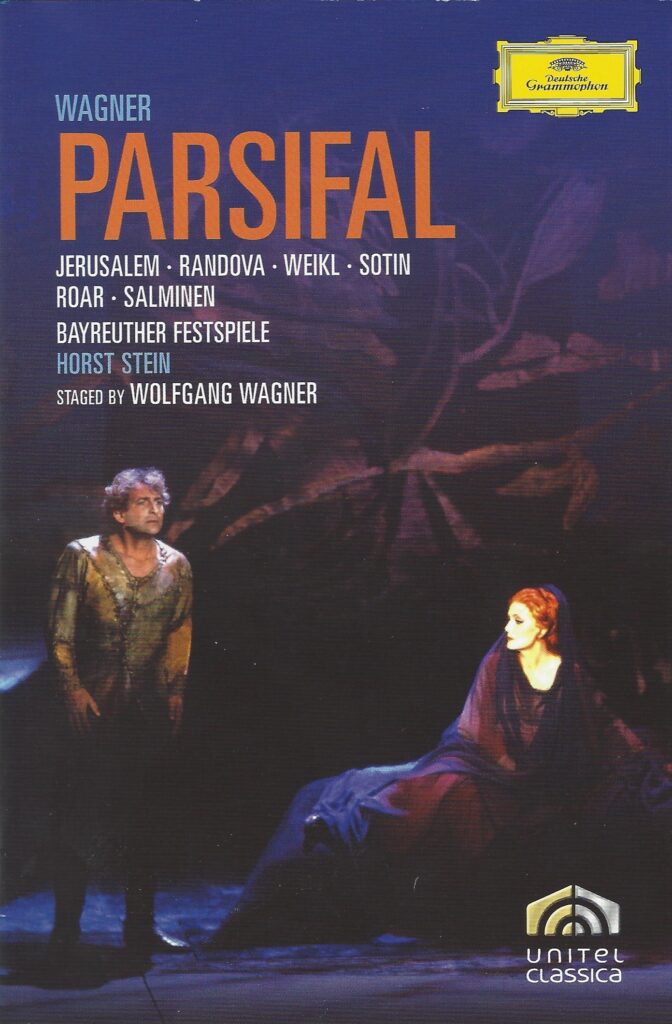 The coincidence of a world-wide pandemic and the liturgical season of Lent may prompt some people, stuck at home, to consider Richard Wagner’s masterpiece, PARSIFAL.

Set in a mythological world in which the land is suffering because the king is dying, a young Holy Fool, so naive that he doesn’t even know his name, arrives on the scene. He seems to have been inspired by Mozart’s fool Papageno, who enters The Magic Flute  lying and bragging about slaying a ferocious dragon. The nameless Parsifal enters Wagner’s opera with the opposite disposition: he sees no problem with having killed, deliberately, an innocent swan. After experiencing a bit of shame for the first time in his life, Wagner’s hero sets off on a pilgrimage which turns him into the model of a Christian disciple, as he unconsciously takes up his cross, and follows Christ’s Via Dolorosa as he undergoes theosis.

Parsifal will come as a shock to those only familiar with Wagner’s previous work. Written as he was dying, Wagner drew a Parsifal seeming to reject of all the philosophical tenets Wagner had championed during his stormy life. At least that is the way his former friend and disciple, Friedrich Nietzsche saw it.

Since falling under Wagner’s spell as a young philosophy professor in Leipzig, Nietzsche had used Wagner as the inspiration for his famous attack on Christianity, the “God-is-Dead” philosophy. In fact, Nietzsche’s first book The Birth of Tragedy from the Spirit of Music was written while under Wagner’s influence. Nietzsche thought Parsifal definitely a Christian work: Wagner  has “fallen sobbing at the foot of the cross.”

After experiencing Parsifal, one might go so far as to believe J.R.R. Tolkien was inspired to write his magisterial The Lord of the Rings more by it than by the Ring of the Nibelung. Both works create archetypal images and tropes reflecting Christian theology and Biblical truths. However, so overwhelming is Parsifal, that one may even see Tolkien’s great work as warm milk next to Wagner’s meaty banquet.

If Richard Wagner was ever to have had what some now call “a conversion experience”, Parsifal would be exhibit A in making the case. Some otherwise excellent critics have tried to tarnish Parsifal by claiming that Wagner merely tried to create a Christianity free of its Jewish roots. Wagner was adamant in rejecting the idea of Parsifal as an Aryan Christ, dismissing the notion by remarking that “Christ was not a tenor!”

For a full understanding of Wagner’s relationship to Christianity at the End of his life, you should read Richard H. Bell’s Wagner’s Parsifal: An Appreciation in Light of His Theological Journey.

Wagner critic and biographer Simon Callow speaks for many when he names Parsifal the 19th century’s greatest expression of redemption, transcendence, and forgiveness.[i]

Should you decide to give Parsifal a try, research the available versions. Look for one in which the director tried to be faithful to Wagner. Too many regie directors have used Wagner to further their own careers at the composer’s expense. If you are not careful, you could even stumble into a director attempting to ridicule or attack the ideas of Parsifal in the way he stages the great work.

[i] Simon Callow. Being Wagner: The Story of the Most Provocative Composer Who Ever Lived. New York: Vintage, 2018.