CST: Shakespeare’s Globe’s The Merchant of Venice: The Quality of Malice 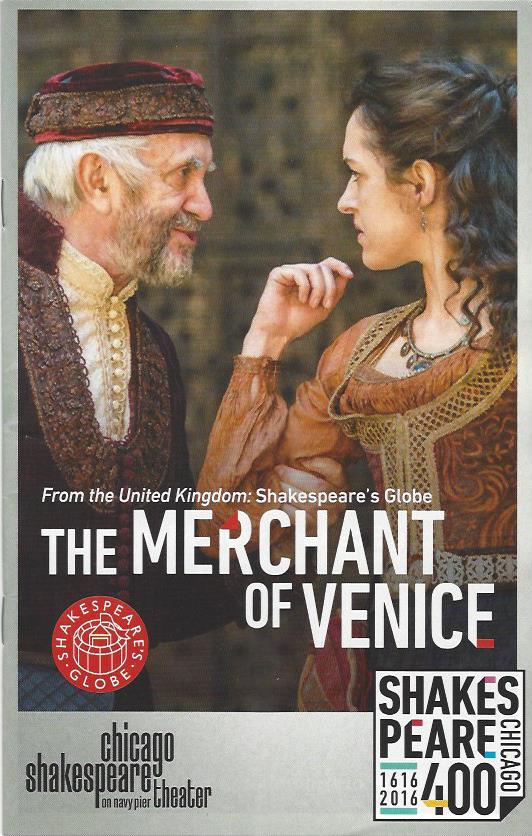 Despite what you may read, or hear, in the news, Jews remain the most hated people in America.

According to the FBI’s Uniform Crime Reports: Hate Crime Statistics, there were 1,140 victims of anti-religious hate crimes in the U.S. last year. “Of the 1,140 victims of anti-religious hate crimes: 56.8 percent [56.8%] were victims of crimes motivated by their offenders’ anti-Jewish bias.” That amounts to approximately 647.52 instances where Jewish individuals, businesses or institutions were targeted.

What is the source of this hatred?

As Cable sings in Rogers and Hammerstein’s South Pacific,

You’ve got to be taught

To hate and fear,

You’ve got to be taught

From year to year,

It’s got to be drummed

In your dear little ear

You’ve got to be carefully taught.

You’ve got to be taught to be afraid

Not surprising, then, that 54% of Jewish college students “reported having been subject to or witnessing anti-Semiticism on their campuses.”

Which makes The Merchant of Venice (1596) at the Chicago Shakespeare Theater all the more timely, remarkable, and important.

Was Shakespeare continuing the Elizabethan practice of anti-Semitism with his characterization of Shylock, or was he moderating the depiction of Jews from those of the medieval mystery cycle plays and Marlowe’s Jew of Malta (1589)?

Was Shylock a red haired Bozo clown figure, a serious villain, or something we can’t even imagine today?

Northwestern University Shakespearean scholar Harold C. Goddard believed Shylock to be a Dostoyevskian character, both insulted and injured. “For a moment at least, the Jew was the Christian. The symbolism confuses the psychology; Shylock was the leaden casket with the spiritual gold inside.”

Director, actor, and scholar Harley Granville Barker, on the other hand, found The Merchant of Venice to be “a fairy tale. There is no more reality in Shylock’s bond and the Lord of Belmont’s will than in Jack and the Beanstalk.”

In his play Shakespeare presents two merchants of Venice – Antonio, the Gentile, and Shylock, the Jew – each of whom has dedicated their lives to money-making and who sees in the other their own attitude toward money.

Christians had been forbidden from loaning money with interest, but Jews were allowed to loan money to non- Jews. Ostracized from most professions in England, Jews were forced to fill the need for ready, or emergency, cash.

Around 1500, as the church eased its prohibition on money-lending by Christians, Jewish lenders found gentiles entering their monopoly. Competition aggravated the animosity between the groups.

Italy, the mercantile capital of the Renaissance, was the first area to look to liberal Roman laws to justify gentile banking practices. By 1571 Elizabeth I had repealed Edward VI’s ban on usury, and the money-lending competition between gentile and Jew exploded in England.

The Elizabethan stage was quick to dramatize the new rivalry.

The Shakespeare ‘s Globe production of The Merchant of Venice seems to follow the clear common sense evidenced by nineteen-year-old Orson Welles:

Personally my guess is that Shakespeare wrote the play for just what it is usually made—a story of craftiness out-witted and true love triumphant. For his own amusement, however, I imagine him inserting the many veiled sneers, or at least smiles, at the holier-than-thou attitude of Christianity. Certainly the Hath not a Jew hands, organs, dimensions, senses, affections, passions? speech is one of the most moving pleas for racial tolerance ever written. It was an age of intense anti-Semitic feeling. It was an age of intense self-righteousness among the Christian nations. The American Indian could be tortured and enslaved with the blessing of God if he was first “converted.” A Christian could do no wrong to a “heathen” unless it was to allow him to enjoy his obvious de­pravation. To the average patron of the Globe it was essentially noble for a Christian to act with diabolical cruelty to a Jew—for Antonio to spit on Shylock and spurn him too—to laugh at his losses, mock at his gains, scorn his nation, thwart his business, cool his friends, heat his enemies. Just a Boy Scout doing his good turn daily. But Shylock must be merciful! [i]

Jews were tolerated, not for themselves, but rather for what could be taken from them, money, or things like the klezmer music featured in the pre-Lenten carnival masque which opens Jonathan Munby’s profound production. Mike Britten’s lush, dark costumes, and shadowy lattice panels create a sinister world of betrayal, cruelty, and intrigue.

Shylock is a career capping role for the magisterial actor Jonathan Pryce, whom I first saw on stage forty years ago as Gethan Price in Trevor Griffiths Comedians. He won a Tony award for that performance, and would win another should this production be eligible. The actor has only matured in power, nuance, and authority over time. His historic Shylock is a performance to savor.

Pryce presents Shylock’s case from the very beginning. He is reasonable, wise, courteous, and shrewd. He knows that, as a hated minority, his only protection, however flimsy it may be, is the law, and he clings to it with all his might.

Daughter Jessica, played by Pryce’s own daughter, Phoebe Pryce, is seen as a cautious young girl swept up into rebellion by the possibility of love and a new life. Too late she comes to regret the choices she has made. Her poignant lament sounds through the ages.

The other merchant, Antonio, is played by the wonderful, and very familiar, actor Dominic Mafham. He seems the picture of reasonableness, a progressive liberal in a city of rabid anti-Semites. But “seems’ is the key word for Mr. Mafham’s provocative performance. When the chips are down, we discover that his “advanced thinking” is nothing but pretty, empty words.

The strange interchangeable young men who constitute his companions -Solanio (Raj Bajaj), Gratiano (Jolyon Coy), Salarino (Brian Martin), Bassanio (Dan Fredenburgh), and Lorenzo (Andy Apollo) – love, or feign to love, anyone or anything which might advance either their social standing or their careers.

And the women fall for them. Besides Jessica falling for Lorenzo, Portia swoons over Bassanio, and her lady, Nerissa, goes gaga for Gratiano. In time, they may be joining Jessica’s lamentations, as they find how used they have been.

Rachel Pickup, the daughter of the great English actor Ronald Pickup, plays Portia with an experienced comedienne’s grace, wit and style. Her stage instincts resemble no one so much as a young Maggie Smith. Dorothea Myer-Bennett as Nerissa holds her own and supports Ms. Pickup’s performance as a great sidekick should.

Comedy abounds where appropriate in this production. Stefan Adegbola brings new life to one of Shakespeare’s most forgettable characters, Launcelot Gobbo. His freewheeling ability to ad lib on the fly, and within the circumstances of a scene, seems to salute Chicago’s great improv history. Likewise, Giles Terera’s Duke of Morocco and Christopher Logan’s Prince of Aragon find every bit of fun in their characters. At times, though, they seem to go for easy laughs. The rest of their performances is above all that.

Both the final added dumb show, and Latin ceremony of baptism, powerfully illustrate what is only hinted in Shakespeare’s dialogue.

All the Gentile talk of the “quality of mercy” is revealed to be just that: Talk.

What the mercy seekers do, on the other hand, as they pursue money, is to demonstrate that the quality, not of mercy, but of malice, is not strained.

In fact, malice dominates this creepy world of teeming hypocrisies.