C.S. LEWIS DEFENDS THE LORD OF THE RING

CS Lewis’ Response to Critics of The Lord of the Rings: The Dethronement of Power

C. S. Lewis’ defence of Tolkien’s work gives insight into the types of criticism it elicited. Chief among those criticisms were its supposed lack of realism, and lack of character development or moral complexity. Lewis robustly argues against both allegations, and with characteristic succinctness states “we know at once that it has done things to us.” Notably this review came only 2 days after Tolkien’s final instalment was published, in response to criticism that was clearly already in full flow since the earlier volumes. It demonstrates the extent to which even a great piece of work will encounter rejection and snobbery, but also demonstrates the value of even one strong ally who supports your work. Below is Lewis’ essay in full. 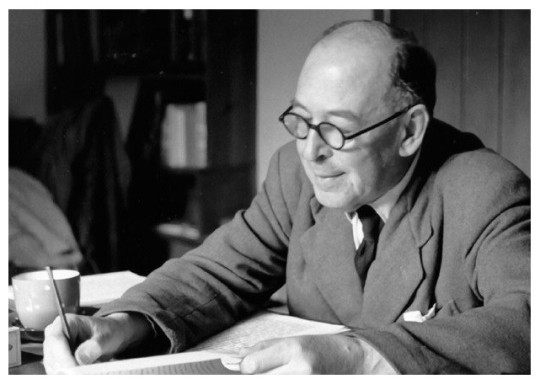 ‘When I reviewed the first volume of this work, I hardly dared to hope it would have the success which I was sure it deserved. Happily I am proved wrong. There is, however, one piece of false criticism which had better be answered: the complaint that the characters are all either black or white. Since the climax of Volume I was mainly concerned with the struggle between good and evil in the mind of Boromir, it is not easy to see how anyone could have said this. I will hazard a guess. “How shall a man judge what to do in such times?” asks someone in Volume II. “As he has ever judged,” comes the reply. “Good and ill have not changed…nor are they one thing among Elves and Dwarves and another among Men.” (II, 40-41).

This is the basis of the whole Tolkinian world. I think some readers, seeing (and disliking) this rigid demarcation of black and white, imagine they have seen a rigid demarcation between black and white people. Looking at the squares, they assume (in defiance of the facts) that all the pieces must be making bishops’ moves which confine them to one colour. But even such readers will hardly brazen it out through the last two volumes. Motives, even on the right side, are mixed. 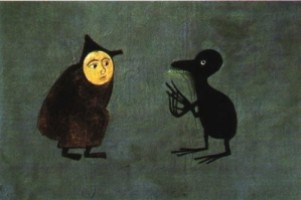 Those who are now traitors usually began with comparatively innocent intentions. Heroic Rohan and imperial Gondor are partly diseased. Even the wretched Smeagol, till quite late in the story, has good impulses; and by a tragic paradox, what finally pushes him over the brink is an unpremeditated speech by the most selfless character of all.

There are two Books in each volume and now that all six are before us the very high architectural quality of the romance is revealed.  Book I builds up the main theme. In Book II that theme, enriched with much retrospective material, continues. Then comes the change. In III and V the fate of the company, now divided, becomes entangled with a huge complex of forces which are grouping and regrouping themselves in relation to Mordor.  The main theme, isolated from this, occupies IV and the early part of VI (the latter part of course giving all the resolutions). But we are never allowed to forget the intimate connection between it and the rest.  On the one hand, the whole world is going to the war; the story rings with galloping hoofs, trumpets, steel on steel. On the other, very far away, two tiny, miserable figures creep (like mice on the slag heap) through the twilight of Mordor. And all the time we know that the fate of the world depends far more on the small movement than on the great. This is a structural invention of the highest order: it adds immensely to the pathos, irony, and grandeur of the tale.

This main theme is not to be treated in those jocular, whimsical tones now generally used by reviewers of “juveniles.” It is entirely serious: the growing anguish, the drag of the Ring on the neck, the ineluctable conversion of hobbit into hero in conditions which exclude all hope of fame or fear of infamy.  Without the relief offered by the more crowded and bustling Books it would be hardly tolerable.

Yet those Books are not in the least inferior. Of picking out great moments, such as the cock-crow at the Siege of Gondor, there would be no end; I will mention two general, and totally different, excellences.  One, surprisingly, is realism. This war has the very quality of the war my generation knew.  It is all here: the endless, unintelligible movement, the sinister quiet of the front when “everything is now ready,” the flying civilians, the lively vivid friendships, the background of something like despair and the merry foreground, and such heavensent windfalls as a cache of choice tobacco “salvaged” from a ruin.  The author has told us elsewhere that his taste for fairy-tale was wakened into maturity by active-service; that, no doubt, is why we can say of his war scenes (quoting Gimli the Dwarf), “There is good rock here. This country has tough bones’” (II, 137).  The other excellence is that no individual, and no species, seems to exist only for the plot. All exist in their own right and would have been worth creating for their mere flavour even if they had been irrelevant. Treebeard would have served any other author (if any other could have conceived him) for a whole book.. His eyes are “filled up with ages of memory and long, slow, steady thinking” (II, 66).  Through those ages his name has grown with him, so that he cannot now tell it; it would, by now, take too long to pronounce. When he learns that the thing they are standing on is a hill, he complains that this is but “a hasty word” (II, 69) for that which has so much history in it.

How far Treebeard can be regarded as a “portait of the artist” must remain doubtful; but when he hears that some people want to identify the Ring with the hydrogen bomb, and Mordor with Russia, I think he might call it a “hasty” word. How long do people think that a world like his takes to grow? Do they think it can be done as quickly as a modern nation changes its Public Enemy Number One or as modern scientists invent new weapons? When Tolkien began there was probably no nuclear fission and the contemporary incarnation of Mordor was a good deal nearer our shores. But the text itself teaches us that Sauron is eternal; the war of the Ring is only one of a thousand wars against him. Every time we shall be wise to fear his ultimate victory, after which there will be “no more songs.” Again and again we shall have good evidence that “the wind is setting East, and the withering of all woods may be drawing near” (II, 76). Every time we win we shall know that our victory is impermanent. If we insist on asking for the moral of the story, that is its moral: a recall from facile optimism and wailing pessimism alike, to that hard, yet not quite desperate, insight into Man’s unchanging predicament by which heroic ages have lived. It is here that the Norse affinity is strongest: hammerstrokes, but with compassion. 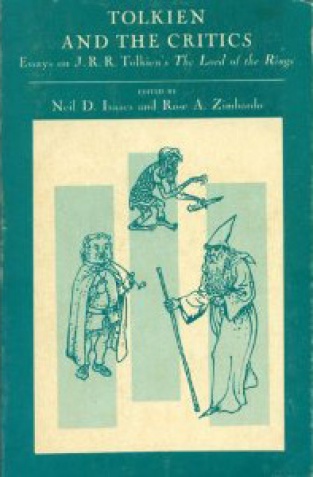 “But why,” some ask, “why, if you have a serious comment to make in the real life of men, must you do it by talking about a phantasmagoric never-never-land of your own?” Because, I take it, one of the main things the author wants to say is that the real life of men is of that mythical and heroic quality. One can see the principle at work in his characterisation. Much that in a realistic work would be done by “character delineation” is here done simply by making the character an elf, a dwarf, or a hobbit. The imagined beings have their insides on the outside; they are visible souls. And Man as a whole, Man pitted against the universe, have we seen him at all till we see that he is like a hero in a fairy-tale? In the book, Eomer rashly contrasts “the green earth” with “legends.” Aragorn replies that the green earth itself is “a mighty matter of legend” (II, 37).

The value of the myth is that it takes all the things we know and restores to them the rich significance which has been hidden by “the veil of familiarity.” The child enjoys his cold meat, otherwise dull to him, by pretending it is bufalo, just killed with his own bow and arrow. And the child is wise. The real meat comes back to him more savoury for having been dipped in a story; you might say that only then is it real meat. If you are tired of the real landscape, look at it in a mirror. By putting bread, gold, horse, apple, or the very roads into a myth, we do not retreat from reality: we rediscover it. As long as the story lingers in our mind, the real things are more themselves. This book applies the treatment not only to bread or apple but to good and evil, to our endless perils, our anguish and our joys. By dipping them in myth we see them more clearly. I do not think he could have done it any other way.

The book is too original and too opulent for any final judgment on a first reading. But we know at once that it has done things to us. We are not quite the same men. And though we must ration ourselves in our rereadings, I have little doubt that the book will soon take its place among the indispensables.’

C. S. Lewis, “The Dethronement of Power” first published in Time and Tide, 22 October 1955, reprinted in Tolkien and his Critics: Essays on J.R.R. Tolkien and the Lord of the Rings (University of Notre Dame Press, 1968)