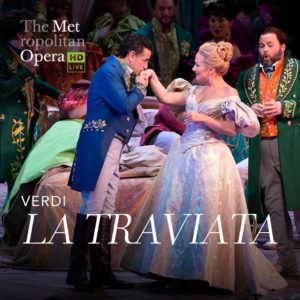 In Alexander Dumas’La Dame aux Camellias /The Lady of the Camellia (1848) the heroine, a prostitute named Marguerite, signals her availability for business by displaying one of two camellias – the red camellia means she is unavailable, the white camellia means Marguerite will see gentlemen callers.

In 1853, just a few years before Dumas’ novel hit the public , Louis Reybaud (1799-1879) published  Jerome Paturot is Looking for a Position in Society, a clever social satire, in which he  identified an important female literary character – “the persecuted maiden”, who would come to symbolize the Western culture of the time. Descended from Goethe’s Margarete and Richardson’s Clarissa, the female character would constitute the core of both Dumas’ novel and Verdi’s opera:

You take, monsieur, for example, a young woman, unhappy and persecuted. You add to her a bloodthirsty and brutal tyrant and a sensitive and virtuous young man…. Mix them together and serve them hot.[i]

Violetta Valery, Verdi’s “persecuted Maiden” of La Traviata (The One Led Astray)is typical of many other female heroines in Romantic literary and musical art. She personifies what was happening  spiritually, morally, and psychologically to 19th century European  culture.

The novel was based on truth. Alexandre Dumas had had an affair with the courtesan Marie Duplessis who died of tuberculosis at age 23.

His 1852 play version of the novel, revealing truths too “hot” to display publicly, was denied production for three years due to his sympathetic treatment of the heroine. Set-in present-day Paris, the play was considered scandalous. Dumas had defied the practice of France’s dominant playwright Eugene Scribe, with a denouement in which the heroine seeks the dignity and glory of the Christian sacrament of confession before she dies. Unlike with Scribe, whose contemporary plays sees morality triumphant, Dumas has his moral character crushed by the decadent forces of urban Paris.

Verdi’s verismo opera had to be reset in the early 18th century to win permission to be staged.

In The Romantic Agony, Mario Praz, elaborates on the “persecuted maiden”. She is a “beautiful, virtuous heroine who is imprisoned, persecuted, ill-treated or murdered or wastes away from consumption or TB. She is a personification of the soul. Through her we can see what is happening to the culture she represents. When a person or society mistreats, or scorns,  the “Persecuted Maiden”, he is, in effect, rejecting a female aspect of himself which she embodies.[ii]

The “waltz” was the signature of this 19th century culture – “the quintessential symbol of nineteenth-century social velocity and uncertainty.”[iii] .

The power of the waltz is a reflection of its seductive nature. In the early years of the 1800s it was considered by many an indecent dance. Not only was it exclusive of other dancers, just two rather than the more communal – and policeable – set of four or eight, but it required close physical contact. If the two partners don’t hold each other firmly, the force of the spinning throws them apart. Furthermore, it is highly advisable to look straight into your partner’s eyes all the time: that singular, fixed point of gaze helps counteract the dizzying effect of looking over their shoulder at the vertiginous impression of movement of the ballroom’s walls.[iv]

And herein lies the first major problem with Mr. Mayer’s production. The waltz in this production exists only in Verdi’s music. The waltz doesn’t appear in any of the characters’ movements or even in their beings. The great Russian director Constantin Stanislavski criticized an actor for “standing in the wrong rhythm”. He would have castigated the entire cast of this La Traviata for not living and breathing in the waltz tempo.

When the gypsy and matador dancers finally appear, waltzing could not be further from their minds. In fact, Mr. Mayer fails to invent a reason for their appearance in the plot. They seem to be merely the obligatory debauched and degenerate moment required in all would-be regietheater. Here the moment is the inexplicable appearance of a cadre of perverted nymphs and fairies, as if escaped from a production of A Midsummer Night’s Dream as directed by the Marquis De Sade.

Mr. Mayer’s production is full of such oddities.

During Verdi’s prelude we see Violetta dying, only to rise and explore the people frozen in time by her bedside. She then escapes her death room via the upstage center window, as if she were Peter Pan leaving the Darling’s London estate.

But her room remains the basic setting for the entire opera. It functions as Mayer’s palais a volunte, a Neo-Classical single neutral location. Though beautifully designed by Christine Jones, the seasons of the year change into the room as various scenic accouterments fly in and out. Meanwhile, Dumas and Verdi’s essential scenic contrast between the city as a place of death, decay, and corruption, and the countryside as the place of life, rejuvenation, and health is obliterated through indifference.

In fact, Violetta carries her death throughout the entire action of the play. Her death bed accompanies her everywhere she goes, as if her Linus-like blanket. For what purpose, one might ask?

Then there is Alfredo’s sister. Yes, you read correctly. This production includes Alfredo’s sister, played awkwardly by  Selin Sahbazoglu, knowing all the while Mr. Verdi does not want her visiting Violetta at her country estate, nor does he want her to ghoulishly arrive to watch Violetta take her last breath. If Mr. Mayer believes father Germont needs a family entourage to make a strong case for breaking Violetta’s bond with Alfredo, why not cast an entire family, sort of a Pirandellian Six Characters in Search of an Author troupe, showing up uninvited  on various doorsteps. How does a father protect his daughter’s reputation by constantly taking her to visit a prostitute’s home? Details, details. Reason me no reasons! Let the directorial genius flourish!

Finally, when we come to Violetta’s death, three hours later, we have a very strong sense of deja vous because we have, in fact, already seen her die this exact same way in the prelude. As a result, the repeat performance has all the intimate heart-breaking romance of George telling Lennie of his dream in Steinbeck’s Of Mice and Men, rather than that of Giuseppe Verdi’s imagined goodbye to his beloved Giuseppina Strepponi.

As for the music, it seemed that conductor Yannick Nezet-Seguin did not want his debut to end, so slow was the playing. Nevertheless, he found, despite the tempo, many interesting ways of handling various moments. Diana Damrau displayed her intelligence as an actress. Unfortunately, we could see so much of her technique being employed that we did not feel the appropriate empathy for her character. Perhaps over time, as she settles into the role, her heart will replace her brain as Violetta’s controlling object on stage. Juan Diego Flores presents an earnest Alfredo, but the day belongs to Quinn Kelsey’s Giorgio Germont.

When Mr. Kelsey is on stage no one else exists. All eyes and ears are on him as his powerful bass-baritone voice commands all in his  space to heel. As he matures in the role his characterization will, no doubt, find many nuances to the fine basic personality he  presents. His performance should be followed by performances of other Verdi heroes in Macbeth, Don Carlos, Otello, and Falstaff.

Because of the music. Not the director.