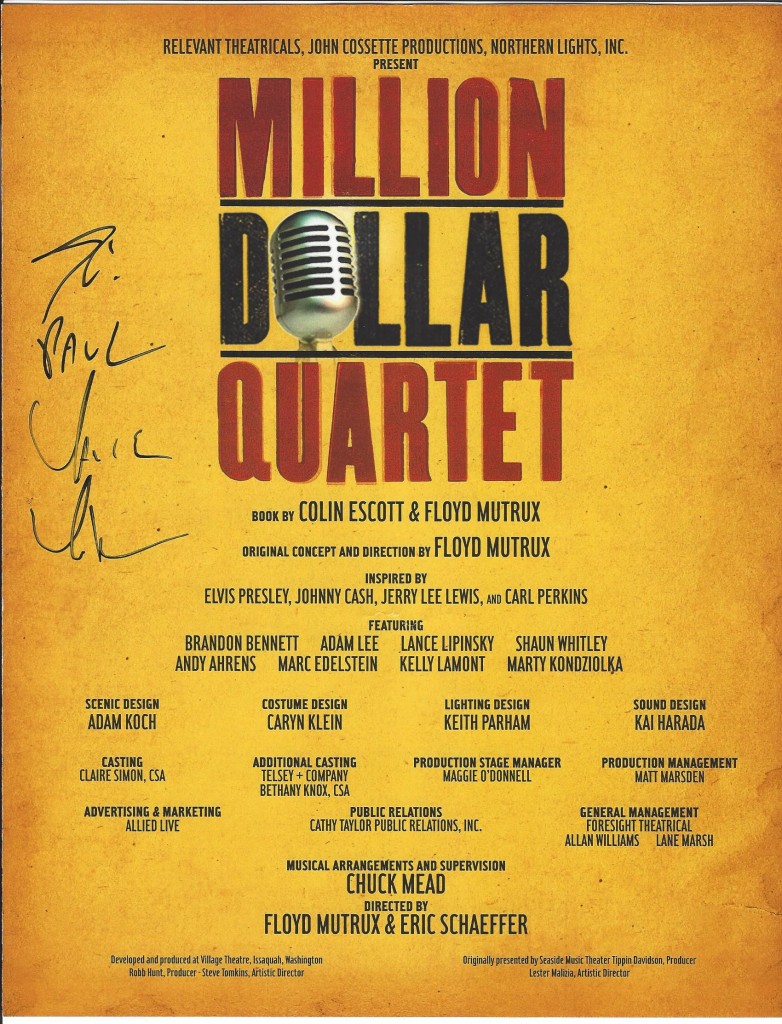 The most high energy musical ever must be Million Dollar Quartet, the musical by Colin Escott, Floyd Mutrux, inspired by the fact that on December 4, 1956, Elvis Presley, Johnny Cash, Jerry Lee Lewis and Carl Perkins, for the first and only time, gathered at Sun Records in Memphis for what would be one of the greatest jam sessions ever. 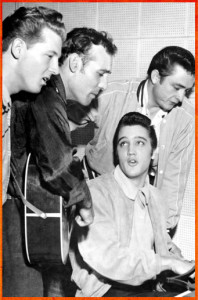 The clinical description of the effects of testosterone on both males and females (the show includes Dyanne, the current singer-girlfriend of Elvis Presley) could not be illustrated better than by  this 90 minute no-holds-barred, non-stop rockin’ and rollin’ account of that night.

Many grandparents were seen bringing their reluctant grandchildren in an attempt to prove that they, too, did, in fact, have great music in their time.

But by the show’s end, the youngsters were on their feet clapping and bopping along with grandpa and grandma. They had new respect for the oldsters’ taste in music.

Original Rock and Roll, performed by masters, is irresistible. And these actor/singer/musicians are masters.

Do your family a favor – get them to Million Dollar Quartet at Chicago’s Apollo Theater. Or at a performance near you.