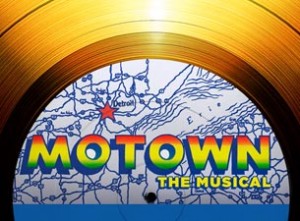 “Motown was a dream that came true.”

So says Berry Gordy, the man whose “rags to riches” life is the subject of this new musical, which begins and ends in 1983 Pasadena, California. (The circumstance is Berry Gordy deciding whether to attend the anniversary show celebrating Motown Records twenty five years.)

The plot chronicles Berry’s episodic trip down memory lane from the moment in 1938 when  he hears his hero Joe Louis defeat Max Schmeling  (in a contest “between land of the free and Nazi Germany”) to then ask himself, “How could I ever do anything in my life that could make this many people happy?”

Music is his answer. Berry even draws inspiration from Rudyard Kipling’s poem “If”.  In 1959 we see him buy the house at 2648 West Grand Boulevard, Detroit and hang his “Hitsville USA” sign over the front door. Motown is born and soon conquers the world

We meet all the great stars he discovers and shapes and learn some backstage stories about them along the way. (Did you know The Temptations’ “My Girl” was in response to Mary Wells taking “My Guy” with her when she left Motown?) Stars are lured away and new ones discovered, as our hero’s dream struggles on, succeeding through hard work, the grace of God, and his belief that there is not black or white music, only good music. And our All-American hero welcomes and encourages competition all along the way.

Berry Gordy’s use of music to break down the “color-barrier” parallels the efforts of Dr. Martin Luther King Jr. to do the same. At the point of success, internal strife and assassination lead the Temptations to record the 1970 “Ball of Confusion.’ which ends Act 1 with power, but describes a situation which sadly remains today:

Vote for me and I’ll set you free. Rap on, brother, rap on.
Dennis: Well, the only person talking about love thy brother is the… (preacher.)
And it seems nobody’s interested in learning but the…(teacher.)
Segregation, determination, demonstration, integration, Aggravation, humiliation, obligation to our nation.

The sale of pills are at an all time high.
Young folks walking round with their heads in the sky.
Evolution, revolution, gun control, sound of soul.
Shooting rockets to the moon, kids growing up too soon.
Politicians say more taxes will solve everything.

The entire cast shows more talent and energy than you should see in one show. The performers pay homage to the original artists, while seeing them through the eyes and ears of a 2014 sensibility. Purists might object, but the most diverse (age and race) audience we’ve seen in Chicago loved every note, word, and dance step. Credit the orchestrations and music conducting of Ethan Popp, Bryan Crook, and Michael Keller, the dance music arrangements and choreography of Zane Mark, Patricia Wilcox, and Warren Adams, all under the inspired direction of Charles Randolph-Wright.

And the cast. What a cast. Each and every one gives a bravura performance. But a few are just so good they cannot go unmentioned.

Clifton Oliver as Berry Gordy is such a generous performer that his own considerable skills are easy to overlook. He is onstage for just about the entire performance, running the gamut of emotions, and knitting the episodic story into cohesion through his rhythmic sensitivities and dramatic flair.

Martina Sykes as Mary Wells, Patrice Covington as Martha Reeves, Elijah Ahmad Lewis as Stevie Wonder, Leon Outlaw Jr as Michael Jackson, Jarran Muse as Marvin Gaye, and Nicholas Christopher as Smokey Robinson just couldn’t be beat. The audience could not get enough of them.

And then there is Allison Semmes.

Her Diana Ross is not just a performance, it is the appearance of a major performer in her own right. Having played Florence Ballard in the New York production of Motown, Ms. Semmes takes a page out of the film 42nd Street and steps into the diva role as if the role were custom written for her. She can command a stage and engage an audience in a way to put her instantly in the league of Bernadette Peters, Kristin Chenoweth, and Marin Mazzie.  See her Diana Ross now, so that you will be able to say later, “I saw her when”, because the Chicago native has a huge career before her.

Motown the Musical presents a night which, even at almost three hours in length, the audience just does not want to end. We had a ball.