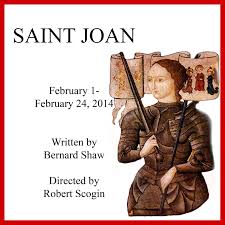 When I was a theater student, common wisdom held that the two great theater writers of the English language were Shakespeare and Shaw. Their plays were taught in classes, sold in bookstores, and regularly performed.

This is no longer the case.

Shaw has disappeared from the classroom and the bookstores. Performances are, alas rare.

Why does this matter?

First, Shaw was a master of the English language. To read Shaw and, more importantly, to hear and see Shaw on stage made us all better users of our language through, if nothing else, osmosis. Actors grew in skill by rehearsing and playing Shaw’s characters in ways no other playwright could engage their imaginations and skills. And audiences were provoked to debate important issues involving what it means to be a human being, what it means to be part of a human society. Shaw proselytized in his prefaces, public speeches, pamphlets, and letters to the editor. His plays were fair and balanced, letting the audience choose sides after hearty discussion on the way home.

The current production of St. Joan by ShawChicago is a perfect example of Shaw’s importance.

When Thespis stepped out from the ancient 6th century B.C. Greek chorus, he not only became the first Western actor, he also established a major theme in Western drama and, indeed, human civilization – the relationship between an individual and his group, the primary subject of St. Joan.

The tension of that relationship played out in George Bernard Shaw’s own life. Raised a Calvinist Protestant in Roman Catholic Ireland, Shaw lived as a patriotic socialist Irishman in colonial capitalist England. In his public speeches, debates, and non-dramatic writings, Shaw was a vigorous partisan in the debates of his day, championing the rights of the individual conscience, all the while depending upon the guarantees of his world’s institutions to protect his loud, abrasive, and pugnacious conscience.

Shaw saw his plays, however, as serving another function. Shaw’s plays are not pieces of socialist, pacifist, feminist, or vegetarian propaganda. Instead, they are eloquent provocations to debate. As such, Shaw insists that his plays present all sides of an issue fairly and passionately, so that the paradoxes, hypocrisies, and contradictions of each position may be exposed. As critic Eric Bentley wisely noted, Shaw doesn’t insist on “Either/Or” with his plays. Shaw reveals the dilemma of the conflict, the “Both/And” nature of living with the tension between individuality and social cohesion.

So when in 1920, Joan of Lorraine became Saint Joan, Shaw was drawn to her as a figure with whom to center his favorite debate – a peasant girl follows her individual conscience in matters of nationalism and faith, to confront a social order dominated by male tradition as the stabilizing cohesive social authority.

Shaw avoids using St. Joan to campaign for his opinions on women’s rights, Catholicism, atheism, or nationalism. Instead, he insisted in his program note for the play that “there were no villains in the tragedy of Joan’s death. She was entirely innocent; but her excommunication was a genuine act of faith and piety.”

The mark of a successful production of St Joan therefore depends on all sides being fairly presented. Editorializing by either the director or actors in the playing would be contrary to Shaw’s intent.

To call the ShawChicago production of St Joan a success would be to minimize what is happening on the Ruth Page stage. Since coming to Chicago, I have experienced one wonderful theatrical event after another (through careful selection, of course), only to conclude, mistakenly, that it couldn’t get better than this one.

We’ll, it has: St. Joan, under the magnificently wise and loving conductorship of Robert Scoggins. His actors do not miss a beat, nor a jot or tittle of Shaw’s language. As a result, the issues and argument, personalities and relationships, come through loud and clear.

I don’t think I have ever used this word to describe a theater event, but here goes: the production is “thrilling”. The word comes from the Middle English meaning “to penetrate”. And the production certainly does that. To continue with the definition, in the mouths of these uniformly gifted actors, Shaw’s  words produce, without the visual support of scenic or costume effects, “wave after wave of  keen emotion or excitement , sometimes manifesting as a tremor or tingling sensation passing through the body.”

All of these actors deserve great praise. But a few must be singled out, not to diminish the other’s great achievements, but to recognize remarkable obstacles overcome.

The role of Joan is to actresses what the role of Hamlet is to actors – the ultimate test. No director should ever produce either play without knowing he has an actor or actress up to taking the test. And Robert Scoggins does have that actress.

How does one play a saint to a cynical and jaded 2014 audience, raised on iPads, gaming systems, and cellphones, who know church only as something their grandparents used to go to on Sundays.

The answer is at the Ruth Page theater: Jhenai Mootz, in a glorious, incandescent, miraculous performance of straightforward belief, determination, joy, peace, and love, surrounded in a glow of grace. It is as miraculously compelling as it is beautiful.

The Dauphin, the object of Joan’s mission, usually finds himself played either as a fop or a fool. Not so with Gary Alexander. His Dauphin is too familiar – the guy at work no one can stand, but who has, deep down underneath it all, something in the image of God. His performance hits all the necessary notes, and discovers some new moving ones.

The only actor in the cast I have seen before is Richard Marlett, playing Chaplain de Stogumber, a character with the most profound reversal in the shortest stage time of any role in dramatic history. The Chaplain, livid with a demand for the “witch” “slut” to be burned, reappears after seeing the burning, a changed man, a convert, ashamed of himself to the point of madness. This is an acting challenge and a half. And Mr. Marlatt is not an actor to make easy choices; his performance resembles the man on the rope across Niagara Falls, way out there, on the edge, causing everyone to hold their breathe in the hope he can pull it off. And Mr. Marlatt does. Another miracle, another thrill.

Shortly after Joan was named a saint, Shaw decided to write this play. Shortly after Joan’s sainthood, Shaw’s old pal G. K. Chesterton, an atheist raised by Unitarians, became a zealous Catholic apologist. And shortly after Joan’s canonization, the atheist filmmaker Carl Theodore Dreyer made one of the greatest films of all time –The Passion of Joan of Arc.

When Shaw died, his oldest and best friend, Sydney Cockerell, read a passage from one of Shaw’s favorite books, John Bunyan’s Pilgrim’s Progress at Shaw’s memorial service. Cockerell chose the final words of Mr. Valiant for Truth, the character he identified with his good friend:

I am going to my Fathers, and tho’ with great difficulty I am got hither, yet

now I do not repent me of all the Trouble I have been at to arrive where I am.

My Sword I give to him that shall succeed me in my Pilgrimage, and my Courage

and Skill to him that can get it. My Marks and Scars I carry with me, to be a

witness for me that I have fought his Battles who now will be my Rewarder.

When the day that he must go hence was come, many accompanied him to the

and all the Trumpets sounded for him on the other side.

The service finished, Shaw’s ashes were mixed with those of his wife, Charlotte, and spread, according to Shaw’s wishes, behind their home, beneath their garden statue of St. Joan.

Like Loading...
February 2, 2014 – 6:08 pm | By Paul Kuritz | Posted in from Paul, History, Men and Women, Mini-Review, The Gospel of the Kingdom, Theater, Theology | Comments Off on ShawChicago’s ST. JOAN: Thrilling Theater