ONE HUNDRED AND FIFTY-FIVE YEARS AGO TODAY IN CHICAGO: THE GREAT WIN AN OPERA HOUSE LOTTERY! 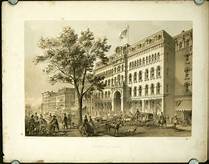 “As 21 January 1867 dawned, exciting and auspicious events were occurring all across the operatic world. In faraway Paris, Giuseppe Verdi was put­ting the finishing touches on his new opera, Don Carlos, in preparation for its eagerly awaited l’Opera premiere for the Paris Exposition. Jules Massenet was ardently overseeing the final rehearsals for his own Opera-Comique pre­miere of La Grand’ -Tante at the exposition. Charles Gounod, also in Paris, was proudly turning over the final revision of his new opera, Romeo et Juliette, to the musical director of the Theatre-Lyrique in preparation for the opera’s April premiere. Gounod also learned that Adelina Patti had been con­tracted for the Covent Garden premiere, and that sixteen-year-old Minnie Hauk would be heard as Juliette in the New York premiere. Hans von Billow was starting his day in Munich, as the new Generalmusikdirektor of the famed Munich Opera. Clara Louise Kellogg, nervous but undaunted as al­ways, was about to make her London debut at Covent Garden, and the twenty-four-year-old Swedish soprano, Christine Nilsson, was preparing for her own impending debut at Her Majesty’s Theatre. Arthur Sullivan and his librettist, F C. Burnand, were enjoying rather favorable reviews of the pre­mieres of Sullivan’s first stage works, the one-act farce, Cox and Box, and the comedy in two acts, Contrabandista. The musical academics of London, however, were this day expressing their shock that the promising and classi­cally trained Sullivan had descended to the world of comedy theater. In Parma, Italy, Claudio Toscanini and his wife were considering the name “Arturo” if their first baby, expected in less than two months, turned out to be the hoped-for son.

“Few events, however, commanded such a flurry of delirious anticipation that day in America as the great Crosby’s Opera House lottery.”[i]

Built for a cost of $600,000 (equivalent to $10,140,000 today), Crosby’s Opera house stood five stories tall on the north side of Washington Street between State Street and Dearborn Avenue, 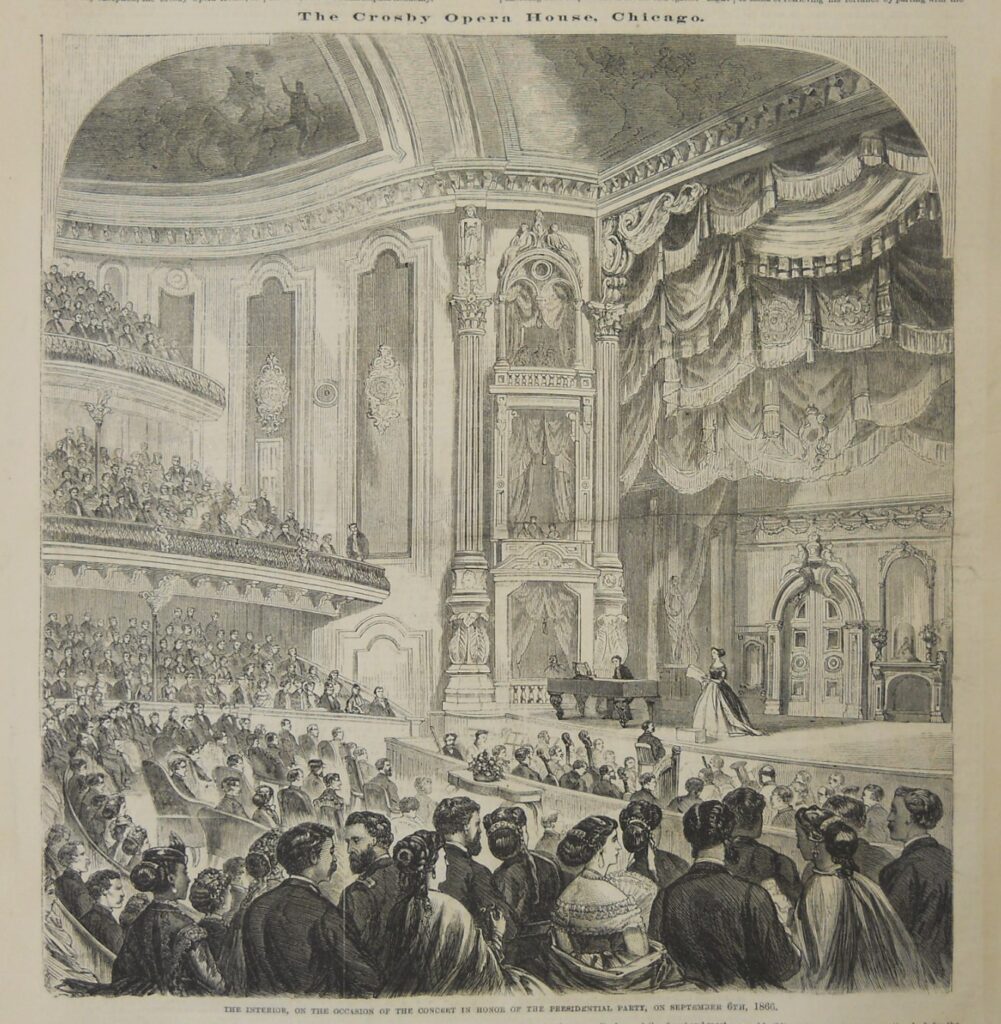 The first floor housed businesses like music publishers Root & Cady, the piano store of W.W. Kimball, and the restaurant of H.M. Kinsley. The second and third floors were occupied by business offices and the fourth floor was an art gallery equipped with studios for the artists. The 3,000-seat opera house was situated in the rear of the building. The center of the ceiling was a dome encircled by paintings of Beethoven, Mozart, Auber, Weber, Verdi, and Wagner. Surrounding it were frescoes that were painted by Otto Jevne and Peter M. Almini, who were partners in a Chicago decorating firm specializing in ornamental painting. A forty foot painting of Aurora, based on Guido Reni’s fresco, was displayed at the front of the stage above the orchestra. Wellbaum & Bauman handled carpentry and masonry with cut stone work by L. H. Boldenweck. The structure cost),

Hopelessly in debt, the theater builder and owner, Uranus Crosby, devised the idea of a raffle to save both the opera house and himself.

An association sold 210,000 tickets throughout the world and offered three hundred and two prizes, with the opera house as the grand prize.

The winner was Abraham Lee, a Civil War veteran farmer from Randolph Country, Illinois, who had no interest in either opera or the building. He sold the structure back to Uranus Crosby as soon as he could.