THE MET’S PORGY AND BESS: It’s Got Plenty of Vigor and Talent 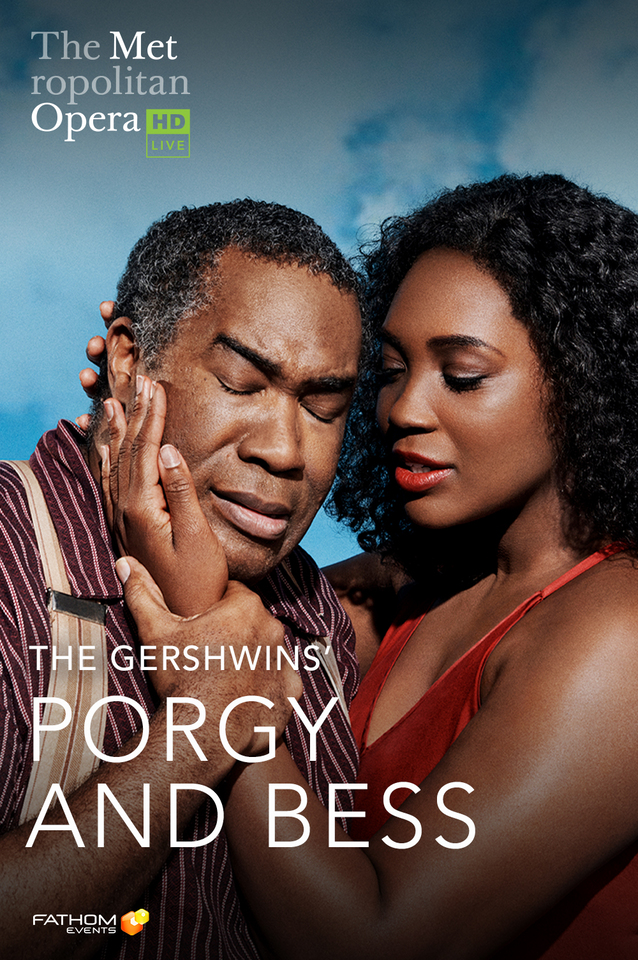 The distinguished opera historian and critic Charles Osborne considers George Gershwin’s Porgy and Bess to be “the most successful American contribution to twentieth century opera.”[i]

Like all works for the stage, the final product is the result of a collaboration among many creative artists working to transform the play Porgy into a musical work. The story of the character  Porgy itself had been transformed from a novel  to  a stage play.

Each transformation results in a new and unique work of art. The final piece is a massive collection of music, much too much to offer in a single performance. The original Broadway offering, took into consideration the audience’s staying power and clocked in at about three hours.

The current Met offering of Porgy and Bess, seeking thoroughness at the cost of dynamic dramatic tension, ran about three hours and 45 minutes. As a result, weariness overtook some in the audience as action slowed and the story line periodically seemed to go on hold. The masterful performers did  all they could to keep things interesting and moving, but the sheer weight of the material often proved too much. Quantity entertainment dwarfed the considerable quality embedded in the Met’s current Porgy and Bess.

Chief among the performing jewels was the magisterial Denyce Graves, a woman whose simple presence on a stage makes everyone else seem to magically disappear. It is the time in her great career to play roles like Maria, Catfish Row’s Mother Superior and Majordomo. “I Hates Yo Struttin Style” and her contribution to the trio “Oh where is My Bess?” is magisterial. Likewise, Latonia Moore’s Serena provides one of the opera’s high points with her rendition of “Oh, Doctor Jesus”.   Frederick Ballentine’s Sportin’ Life and  Alfred Walker’s Crown seem to defy anyone to play the roles better. Angel Blue offers a subdued Bess, focusing on the character’s weakness to motivate her often baffling choices. Blue shines when paired with the opera’s Porgy, Eric Owens.

Eric Owens is simply the Porgy of our generation. I saw Mr. Owens sing Porgy in 2015 at Chicago’s Lyric Opera under Francesca Zambello’s direction and it was just as definitive a vocal rendition then as it is in the current Met production. Someday I hope the world will be allowed to see him play the Porgy as conceived by Gershwin and director Reuben Mamoulian. That would be a moment to remember!

The stars are most ably supported by the chorus and dancers representing the Catfish Row community. Director James Robinson has created a vibrant stage ensemble which is itself a major actor in the story. Choreographer Camille A. Brown eases the dancers into physical celebrations of both the residents’ Christian faith and African Gullah heritage. Fight Director David Leong’s combats arise naturally and progress logically and dramatically, without any staginess.

The team of artists who originally transformed the stage play of  novelist DuBose Hayward and his wife Dorothy, included the novelist, composer George Gershwin, his brother Ira, who would create a new libretto and musical lyrics  with Hayward, and the famous director of stage and film  Reuben Mamoulian. The distinguished music critic Joseph Horwitz[ii] believes, and proves, that Mamoulian reshaped the story into a parable of suffering and redemption. Mamoulian’s  contributions are no less significant than  those  of director Elia Kazan’s  to the plays of Tennessee Williams and Arthur Miller.

The character of Porgy was based on the real-life Samuel Smalls, known around town as ”Goat Sammy”, a lame Black beggar and vendor of peanut cakes. Confined to roll around town on his knees or use his goat to pull him long distances, Smalls got his nickname because he would transport himself on an inverted soap box pulled by a goat.

At the end of the opera we should see a miracle. Sportin Life was given the song “It Ain’t Necessarily So” in order to prepare the audience for the miracle to come by reviewing God’s previous miraculous acts.

At the end of the opera everyone sees  a cripple made whole. As Porgy orders, “Bring my goat!” the transformation is complete. The  goat, Porgy’s iconic animal,  the historic symbol of the suffering outcast, is turned by Porgy into a valiant charger, carrying Bess’ deliverer to her rescue. With Porgy’s transformation, Mamoulian, an Orthodox Christian, reveals a Porgy that was always there, but not seen by anyone but God. Mamoulian remembered the mystical intimations of his childhood Orthodox Church and the experience of “living in two worlds, the visible and the hidden”- with the hidden being the strongest. [iii] His Orthodox Church had allowed him to reveal the inside of Heywood’s realistic drama to be an iconic morality play. Catfish Row was now seen as an Eden and the Happy Dust as the apple-like temptation offered by the serpentine Sporting Life. With the act of killing Crown, a symbol of Satan himself,  Porgy personally harrows the local Hell. The action begins to make Porgy a whole man, and the symbol of human goodness through suffering.

From a severely crippled man  living on his knees, a human incarnation of the crippled god Hephaestus, groveling in the dirt and dust of ignominy, Porgy surprises himself by standing up for the first time in his life, mounts his “chariot”, and  heads to the Sodom and Gomorrah of New York to rescue the woman he loves. Like Hephaestus returning to Olympus on a mule, to find Aphrodite after her affair air with Ares, Porgy rides, literally and metaphorically,  to his beloved Bess.

In his stunning act of standing and riding, Porgy fulfills the opera’s early prediction, “one of these mornings you gonna rise up singing.” Porgy overcomes humiliation, loneliness and disability to sing after his woman with unconditional love. Like the Biblical grandson of Saul, the crippled Mephibosheth,  Porgy has, through faith, love , and God’s grace, become his community’s knight errant, heading off “to a heav’nly land” to rescue his maiden in distress.

When Porgy stands for the first time and mounts his goat to sing his final song, the original audience went wild. No less than John Mason Brown called the production “one of the most notable feats of virtuoso direction our modern Théâtre has seen”. The great Max Rinehart labeled the original Porgy and Bess one of his “great experiences in the theatre” and applauded Mamoulian’s creation. Heyward’s local Gullah story had been revealed as a universal epic tale of sorrow and redemption. Horowitz explains

Porgy has endured solitude, found love, and uncovered betrayal. His resilient growth in character is sealed by a community’s pride and exaltation. The ‘Heavn’ly Lan” toward which he ascends embodies new moral stature, shedding the indolence and happy dust of his ghetto origins.[iv]

All this changed when Trevor Nunn’s 1986 production of Porgy and Bess diminished the character’s stature. His Porgy was not a cripple who lived on the ground. Nunn’s Porgy had a mere limp and moved about with a crutch. At the end, his Porgy simply tosses away his crutch. No goat cart for this Porgy. Nunn thought the goat cart “too Disneyesque”. (Tell that to Mr. Samuel Smalls!) Out with the goat cart went the opera’s  deep classical heroic resonances as well. Mr. Nunn missed the  metaphorical, personal, and magical significance of Porgy’s transformation. Unfortunately, Nunn ‘s bright “innovation” won’t leave subsequent productions.

It doomed the Met’s ending to less than it should have been, and deprived Eric Owens of a total operatic triumph. Granted that the rigmarole required to use a live goat on stage has increased dramatically since 1935, but the goat and the final call for the goat are, I believe, essential to the opera’s power. As essential to the opera as Judge Brack’s final line in Ibsen’s Hedda Gabler –“Good God, people don’t do such things.”

Gershwin biographer Howard Pollack sees  what Mamoulian made. With the final miraculous transformation  ‘the whole opera is like a prayer or rite, each act concluding in a state of communal supplication or exaltation; even the craps game begins with an invocation that reflects on man’s transience”[v]

Chicago’s’ signature soprano Mary Garden saw Mamoulian’s original Porgy and Bess and declared it to be ‘the first step to a genuinely American opera.” A Porgy and Bess without the original ending is an unfortunate step backward.