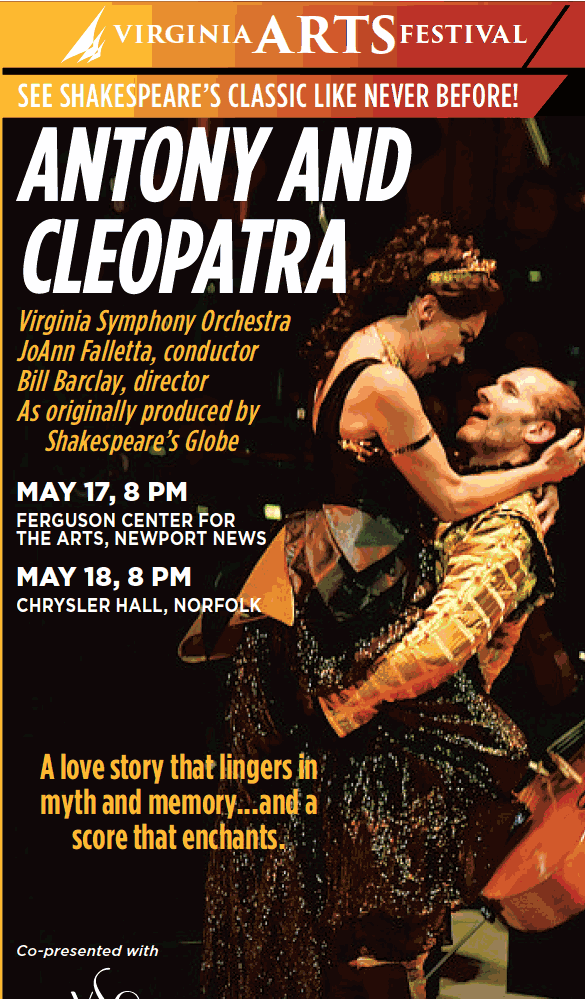 The name would give even the most learned musicologist pause to retrieve the name from the dustbin of musical history.

Virginia’s beloved maestra is as devoted to recovering forgotten masterpieces as she is to the presentation of new works. So, it should come as no surprise that Florent Schmitt should have a new life thanks to her determination and artistry. In 2015 her recording for Naxos of Schmittt’s 1920 Antony  and Cleopatra suites resulted in several international attempts to recreate the 1920 sensation on stage.

Florent Schmitt (1870-1958) was taught by none less than Massenet and Fauré. He was a contemporary of Ravel and Debussy, and a close friend – for a while – of Stravinsky. At age 28 we won the Conservatory Prix de Rome with his cantata “Semiramis”.

Florent Schmitt breathed and created  in the heart of French music and the French cultural establishment during the first half of the last century. In Italy in 1900 he wrote “Psalm No. 47”, which premiered in Paris in 1904. (The compelling work is still occasionally paired with Poulenc’s “Stabat Mater”. John Alexander of the Pacific Chorale said, “In size and scope he leans much more toward the way Mahler uses the orchestra. I don’t know any work by Ravel that has everything going at the same time that the chorale is singing.”[i]) In 1906 Schmitt offered “The Tragedy of Salome”, a ballet employing 22 instruments, performed by Diaghilev and the Ballet Russe,  with Tamara Karsavina as Salome.

Today Schmitt’s music remains obscure,  while the composer himself is more remembered for his extreme right-wing views between the Wars. In the 1930s, he was pro-Hitler, anti-Jewish, and drew mush criticism for a particularly toxic rant against Kurt Weill.

Schmitt was also a music critic who didn’t wait to put his opinions in print. He often shouted at the performers on stage. His French nickname became “The Boar of the Ardennes”.[ii] He soon became too hot for Western Culture to handle.

Edward Burlingame Hill of Harvard University expressed the American opinion of Schmitt in the 1930s:

Florent Schmitt is a strong and independent personality among the conflicting tendencies of his generation. By preference he has turned to works of powerful contents, dramatic sensibility, scope of imagination, and, when occasion demands, subtlety of expression. The strength of his music and his exceptional command of the basic principles of musical composition entitle him to a place apart.”[iii]

Schmitt’s position among European musicologists was detailed by the German Adolf Weissmann:

Florent Schmitt is more earnest, less occupied with impressionism, and more advanced in colorism than his contemporaries. He has done all kinds of composition, for the stage and otherwise, but is at his best in chamber music.”[iv]

Schmitt lived a long time, premiering his Second Symphony, written at age 87, in 1958.

JoAnn Falletta shares with Florent Schmitt several characteristics which perhaps led her to the old master. First, both musicians are very intelligent.  Schmitt and Falletta know musical history and contemporary musical trends. Consequently, they have the ability to separate the musical wheat from the musical chaff. Second, both Schmitt and Falletta, though their techniques might differ, knew how to lead their musicians to excellence. Finally, both Falletta and Schmitt had a flair for the dramatic and were not afraid to go the theatrical distance for their audience.

One of the most intriguing pieces of music composed by Florent Schmitt during his “orientalist” period was the incidental music to the poet André Gide’s premiere adaptation of William Shakespeare’s play Antony & Cleopatra. The Gide production was no ordinary affair.  In addition to Shakespeare’s massive five-act drama, Schmitt’s music was to feature dancers, including the famed dancer and dramatic actress Ida Rubinstein who  was cast in the role of Cleopatra. Her partner was the revered Édouard de Max as Antony.

The work opened at the Paris Opéra in April of 1920.

The six-hour marathon production was  also directed by André Gide. The New York Times reported on the event which had been “eagerly awaited.” The reviewer found that Ms. Rubenstein’s Cleopatra had charm more “in her statuesque beauty and grace than in any more profoundly personal reading of the character, but she conveyed admirably an impression of languid Oriental capriciousness, and contrasted well with the somber portrait of Antony depicted….The scenes and mountings were lurid, a note of realism being struck by the presence in Cleopatra’s Palace of three pure white peacocks and a young brown bear.”

Schmitt boldly declared that his purpose  was definitely not to provide incidental music to the action, but rather “to create a state of mind, a mood, and an atmosphere, and to summarize the action” Consequently each  spoken act was preceded by a musical prelude which provided both Schmittt’s commentary and a continuity of character within the ongoing drama. “Mr. Schmitt’s orchestration is generally highly coloured, with a decided (though not exaggerated) Oriental flavor, which is the composer’s happiest vain”[v]

Shortly thereafter, finding the length of the combined work too great to allow subsequent performances, Schmitt took apart the music to create two suites of three movements each:

“The Suite No. 1 is in three parts: Antony & Cleopatra; The Camp of Pompey; and The Battle of Actium. I was able to attend one of the Buffalo Philharmonic performances of this music and found that the conductor had changed the sequence of the music so that the second movement, a fanfare, was played first instead.

It was a masterstroke. Not only did it work extremely well musically – the quiet and reflective Antony & Cleopatra movement now sandwiched between the sinister Pompey fanfare and the savage Battle of Actium – it was also impressive visually as the full phalanx of Buffalo brass performers rose up to perform the fanfare at the start of the program, creating instant audience buzz.” [vi]

Following Maestra Falletta’s recording, attempts were made to recreate the original 1920 Paris production, using all that remained of Schmitt’s musical opus in the two suites. The composer never left any instructions on what should happen, or when, as his music was played. The BBC Symphony Orchestra and Shakespeare’s Globe Theatre presented the work in October of 2016, directed by Iqbal Khan, and  conducted by Sakari Oramo. Subsequent performances have occurred in the United States.

Schmitt’s Antony and Cleopatra definitely lends itself to musical attention.  Shakespeare historian J. Dover Wilson noted that in his play “Shakespeare composed “a coda to the tragedy of Antony which many consider the most wonderful movement in any of [Shakespeare’s] great symphonies.”[vii] Shakespearean biographer A.L. Rowse points out the very qualities in Shakespeare’s text which find musical counterparts in Schmitt’s music –“rich colouring”, “exotic atmosphere…suggesting the panoply of the East”.[viii] And Harold Bloom recognizes what Schmitt saw in Shakespeare’s great tragedy “ I can think of no other play, by anyone, that approaches the range and zest of Antony and Cleopatra.”  Samuel Barber, perhaps remembering Schmitt’s staged music, created the opera Antony and Cleopatra in 1966 for the opening of the new Metropolitan Opera House.

The Virginia Arts Festival presented the latest experiment in combining Schmitt’s music with Shakespeare’s text. The result was mixed.

On the positive side, Schmitt’s music is glorious. Brass introduces Rome, while  woodwinds and strings accompany Cleopatra. As their love develops,  so does the merging of the instrumentation. Stirring and passionate, reflective and somber, the music as performed by the wonderful Virginia Symphony under Ms. Falletta’s baton thrills the audience.

On the other hand….

The production demonstrated what the contemporary reviews and Schmitt’s own words reveal – the acting and  music work best when separated. When combined, when overlapped, the words are simply an annoying distraction to Schmitt’s captivating music. (When actors compete  with his music one could almost hear the vociferous critic Schmitt yelling from the house, “Pour l’amour de Dieu, tais-toi!”)

Future performances should ape the original by featuring only   modern dance or ballet while the music is playing. During the silences whatever acting  occurs should match the caliber of the orchestra, as it did in the Paris of 1920. (Actors  like the ones who performed the play for the British National Theatre’s live world-wide broadcast are worthy of Schmitt’s music!)  Unfortunately, that was not the case with the Virginia Arts Festival presentation.

In her new book, This is Shakespeare, Elizabethan Scholar  Emma Smith observes that Antony and Cleopatra is preoccupied with

“sex, scandal, glamorous international locations and exotic interiors, and above all, publicity itself. Antony and Cleopatra is a play that disports itself in gull view, a play in which privacy and interiority are overridden by celebrity and self-promotion.”[ix]

JoAnn Falletta and  the Virginia Symphony demonstrated that the same insight is available in Florent Schmitt’s wonderful music alone.