THE MET”S SAMSON AND DALILA: THE 100TH ANNIVERSARY OF THE ARMISTICE 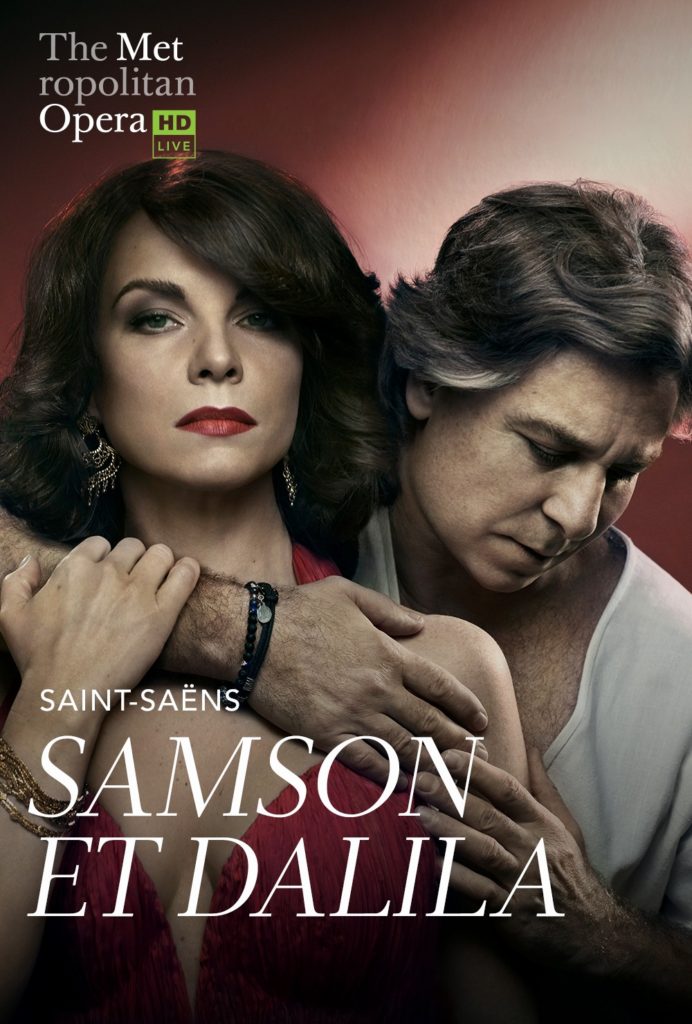 One hundred years ago, on November 2, 1918, the Metropolitan Opera opened its season with a Jubilee Victory Celebration of the end of World War One during a performance of Saint-Saens’ Samson and Dalila.

Enrico Caruso, a fervent champion of the allied cause, had been  barnstorming the country with Al Jolson, George M Cohan,  and Sophie Tucker, raising money for the Liberty Loan. The curtain fell on Act One of Saint Saens’ opera, and then immediately rose to reveal Caruso, the night’s Samson, and the entire company in costume amid the flags of the Allies in beautiful a tableaux. Conductor Pierre Monteux lifted his arm and the entire audience and cast rose to sing the “Star Spangled Banner, ” Caruso’s high B flat topping all voices. Le Marseilles followed, then Mameli’s Hymn, and God Save the King. Belgium was reverently remembered, and the curtain fell.

At the end of Act Two, Dr. Margaret Cockett addressed the audience on behalf of the amalgamated war workers whose drive had just begun. At the opera’s conclusion, as the pagan temple crashed to the ground,  celebratory red, white and blue confetti mixed with the falling dust and debris.  After the final curtain, Caruso reappeared to lead another chorus of “The Star-Spangled Banner,” Inno di Garibaldi, La Marseillaise, and God Save the King. The audience couldn’t get enough.

As the audience finally left the theater, the mannequin of a slain Siegfried, re-costumed as a helmeted Kaiser Wilhelm, was hung upon a gibbet and  paraded by over 400 people down Seventh Avenue to Thirty-Ninth and Broadway, as the “supers” stabbed the imperial corpse with whatever stage swords could be found.

The New York Times called the event “one of the most extraordinary nights in the history of the Metropolitan Opera House. Director Giulio Gatti-Casazza summed up the feeling:

An air of thanksgiving and shouting on all sides! An atmosphere full of patriotism and overwhelming excitement! I do not speak merely of the celebrations and thanksgivings, but of something much greater. This was the expression of a deeper thing – an end, they thought, not only of a frightful war, but of war itself. The audience itself became the real protagonist at  that moment which had the character of a sublime delusion.[i]

Saint-Saens’ opera tells the Biblical tale of how the people of God, through a faithful man of God, triumphed over the pagans terrorizing the land. Many Allies had seen the Great War in these same Biblical terms. Consequently, the Allied victory confirmed to them that God still favored his people, as he had favored Samson.

Samson, along with many Biblical heroes and their stories, have always had “typological”, as well as historical, meaning. The stories of Joseph and Moses are prime examples of “typological figures” foreshadowing the Messiah’s actions.

But perhaps few Biblical types of Christ are as surprising as Samson. The author of the book of Hebrews names Samson among the great heroes of the faith in salvation history, “And what more shall I say? for the time would fail me to tell of Gedeon, and of Barak, and of SAMSON, and of Jephthah; of David also, and of Samuel, and of the prophets:” (Hebrews 11:32).

So, a new 2018 Metropolitan Opera production of Samson and Dalila on the 100th anniversary of the great Armistice night is fitting.

Director Darko Tresnjak and his designers- Alexander Dodge for settings, Linda Cho for costumes, and Donald Holder for lighting – have created a sumptuous colorful version  of the Hebrew captivity. In contrast, the People of God are barely in the drabbest of rags. The setting provides lovely opportunities for Mr. Tresnjak to frame his performers in architectural compositions. Austin McCormick’s decadent choreography of both the Philistine soldiers’ insect-like entry into the lovers’ private quarters and the rollicking debauchery of the final scene are imaginatively creepy. However, the collapse of the temple which ends the opera seems more like an explosion in an electrical generator than an earthquake induced catastrophe. Once again, the audience for Samson and Dalila sees no one crushed under the weight of God’s wrath, the important lesson of the timeless Biblical tale.

The principal players could not be better. True operatic matinee idols are reunited, bringing the starry magic of Richard Burton and Elizabeth Taylor; Elina Garanca and Roberto Alagna play the fated lovers. Stage chemistry could not get any more intense than this. Not since they were paired in 2010’s Carmen have passion and hate smouldered more on the Met stage. And Ms. Garanca adds a new twist. Her Dalila actually loves Samson, a choice which leads to very interesting emotional nuances in the playing.

Laurent Naouri brings an appropriate gravity and menace to the High Priest of Dagon, not to mention his lovely imposing voice. Donald Palumbo’s chorus is, of course, perfect at each moment,  and Sir Mark Elder’s love for this opera is apparent with every movement he makes.

As we watch  the People of God  struggle, we consider our Present Evil Age, and take comfort in a dramatic work which proudly proclaims that faith in God has, and will, prevail .