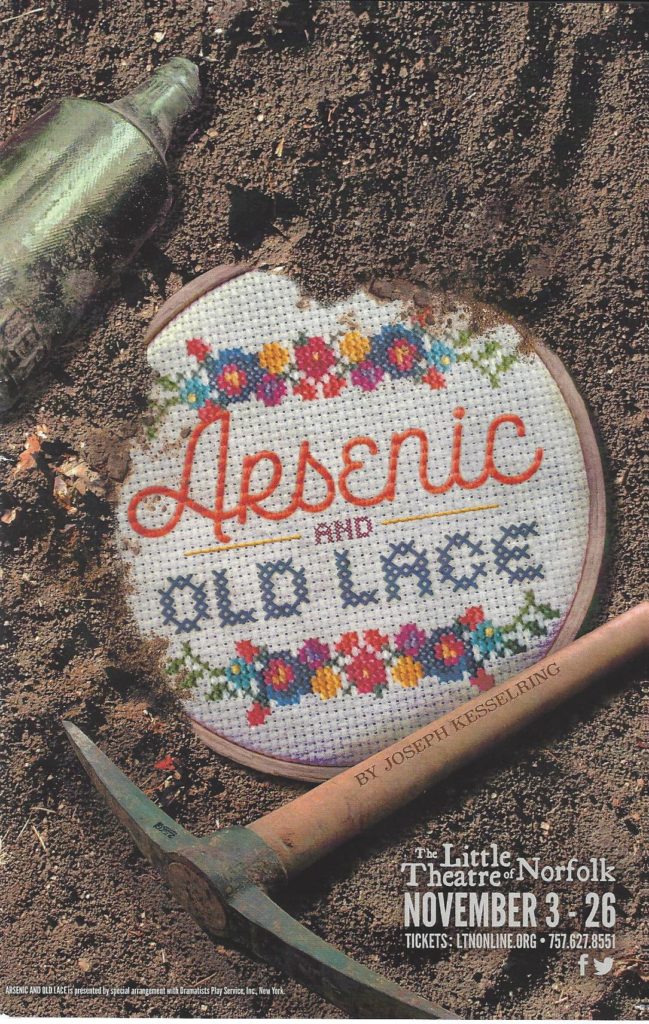 Question: Why is it called a “Little” Theatre?

Answer: Because the first one, The Little Theatre of Chicago, had just 99 seats.

At the turn of the twentieth century powerful monopolies and trusts controlled and regulated just about everything in America.

Known as “The Syndicate,” a cabal of New York producers had divided the country into zones and determined what shows would play in the giant theaters they owned. And they owned all the theaters.

The Syndicate was interested in making money, so only those shows which could attract the widest possible audience were selected.

A comparable situation in Europe was challenged by what was known as “The Independent Theater Movement.”

Theater-loving amateurs, wanting to see plays which, under the theatrical monopolies, could exist only on the printed page, organized themselves to produce the new, non-commercial plays.

In England J.T. Grein (1862-1935), an employee of the Dutch East India Company, organized a subscription theater, thereby free from both the monopoly and the censor to produce plays of “literary and artistic” merit. His first offering was Henrik Ibsen’s Ghosts in1891.

In France, Andre Antoine (1858-1943), an uneducated bookstore clerk and gas company employee, found himself planning for a bill of short plays which included Emile Zola’s Jacques Damour in 1887 under the name Theatre Libre.

Soon independent art theaters were popping up all over Europe. Otto Brahm opened the Freie Buhne in Germany and Constantin Stanislavski began his Moscow Art Theater in his family’s Moscow home. Dublin opened its Abbey Theatre.

In America, Maurice Browne (1881 –  1955), a tutor travelling in Florence, met the daughter of an American meat salesman named Ellen Van Volkenberg. Over coffee, they decided to start an independent theater of their own in Ms. Van Volkenberg’s home town, Chicago.

On November 12, 1912, the Chicago Little Theatre, a room in the back of the Fine Arts Building’s Fourth Floor, presented its first play on a fourteen by twenty-foot platform stage facing 99 seats. Finding their planned production of The Trojan Women not ready to open, the enterprising duo opened their theater with a double bill of W.B. Yeats’ On Baile’s Strand and W.W. Gibson’s Womankind, two plays which were definitely not properties the Syndicate would ever produce.

Browne’s theater soon began to attract celebrities from around the world, including Harley Granville Barker, Frank Lloyd Wright, Carl Sandburg, Edgar Lee Masters, and Amy Lowell. So famous did the group become that they toured the country on two occasions.

Soon Little Theatres were popping up all over America. Boston had The Toy Theatre, New York had both the Neighborhood Playhouse and the Washington Square Playhouse, Massachusetts had the Provincetown Playhouse, California had the Pasadena Playhouse, and architect Finlay Ferguson (1875-1936) started  the Little Theatre of Norfolk.

Little Theatres arose to meet a need not being met by other theaters. They produced both new plays and neglected classical works. American college and university theater programs took over that repertoire in the training of young theater artists.

Today, as more and more college and university theater programs focus on the production of new work, Little Theaters continue to serve their communities by preserving the best of the historic dramatic repertoire, plays which otherwise would not see production. Large casts, multiple settings, or period costumes prevent many professional theaters from producing certain plays. These plays are ripe for the community theaters across America.

ARSENIC AND OLD LACE  is a prime example of the kind of play central to the Little Theatre archive.

In fact, Little Theatre inspired and trained Mr. Kesselring in the art of the drama. Born and raised in Manhattan, as a boy, he sang at the Church of the Epiphany, and attended Stuyvesant High School in New York.  Kesselring taught voice, music and directed glee club at Bethel Mennonite College in Bethel, Kansas in the early 1920’s, where he also directed stage productions.  Kesselring left teaching to act with various touring companies.  He also began writing pulp stories and plays, including two Broadway flops.

In 1939, Kesselring conceived the idea for a serious mystery drama originally entitled, “Bodies in Our Cellar.”  Probably inspired by the real-life crime in which a woman named Amy Archer-Gilligan took boarders into her Archer Home for Aged People and Chronic Invalids in Windsor, Connecticut and poisoned them for their pensions,  Kesselring insisted that the inspiration for his “murderous old lady” plot was rather his gentle old grandmother, the “sweetest thing in the world.”  It amused Kesselring to dream up a hidden vice for his saintly grandmother; the worst, most unlikely thing he could think of was murder.

When Kesselring completed his script, he submitted it to Russel Crouse and Howard Lindsay, professional “play doctors” who had triumphed with their own Life With Father, an adaptation of Clarence Day’s novel, which became one of Broadway’s greatest hits.  Lindsay and Crouse thought that “Bodies in Our Cellar” would be much more effective as a comedy, and began reshaping the script in collaboration with Kesselring. Rechristened ARSENIC AND OLD LACE, the play’s title riffs on Myrtle Reed’s sentimental novel of 1902, Lavender and Old Lace.

As a comedy, ARSENIC AND OLD LACE became one the most popular and longest running (1444 performances) plays in Broadway history.

The play is important because it exemplifies American humor during the Second World War. Americans in 1941 needed something to laugh about and Mr. Kesselring’s play filled the demand. The distinguished critic of the New York Times identified the play’s importance:

Let’s not exaggerate. At some time there may have been a funnier murder charade than Arsenic and Old Lace which was acted at the Fulton last evening. But the supposition is purely academic. For Joseph Kesselring has written one so funny that none of us will ever forget it… Mr. Kesselring has a light style, an original approach to an old subject, and he manages to dispense with all the hocus-pocus of the crime trade. Swift, dry, satirical and exciting, Arsenic and Old Lace kept the first night audience roaring with laughter

Only in a little theater could a first-time director cut her teeth on a challenging play like ARSENIC AND OLD LACE. At the Little Theatre of Norfolk novice director Kelly Gilliam does just that. She successfully juggles the peculiar demands of period style, comedy, and the could-be daunting fundamentals of play direction with remarkable success.  Her set designer Donna Lawheed must have enjoyed the collaboration because her setting is a true visual statement of all the dynamics one hopes to encounter in Kesselring’s classic comedy. Likewise, the costumes by Kate Given generally succeed in defining each character, although a wig or two tend to distract. Heather Butterbaugh’s lighting design establishes the appropriate mood and charts its ebb and flow through the complicated plot. (Notice the number of women on the production team. This is a distinguishing feature of  Little Theater. Browne encountered the same scarcity of men, often casting women as men. Ellen Van Volkenburg met the challenge by becoming the nation’s first professional puppeteer.)

Another challenge a little theater director has is blending the various acting talents into a unified coherent whole. People volunteer for community theater for a variety of reasons; some to pursue a theater career, some to meet new friends, some to kill time, others to overcome shyness. A director must be sensitive to these conflicting needs in how she handles a cast. And Ms. Gilliam scores well on that front as well.

The two Brewster sisters, Martha (Candy Dennis) and Abby (Ann Heywood), who have lived in their father’s house in Brooklyn all their lives,   are clearly the most experienced actors of the lot. Ms. Dennis emphasizes the flibbertigibbetness of her character, while Ms. Heywood the dead seriousness of hers. Ms. Heywood serves the additional function of anchoring the cast; whenever tempo runs amok, or the comic tone deviates too much, this experienced professional subtly brings the proceeding back on track. Together they are sort of a Northern version of the Baldwin Sisters featured on the TV series “The Walton’s”, but their “Recipe” is lethal. Their nephew Teddy believes that he is President Roosevelt, even to the extent of allowing him to dig the Panama Canal in their Cellar. Steven Meeks gets all the character’s bluster and insecurities without overdoing the comedy. Teddy’s brother Mortimer, the famous critic, visits and grows ever fonder of Elaine Harper, who lives next door with her clergyman father. Nathan Jacques’ Mortimer drives the plot’s changes of pace and emotional key, while Leigh Strenger’s Elaine is a contrasting pillar of suitable sternness. A third brother, Jonathan, visits undetected due to the new face he has acquired from a surgeon named Dr. Einstein. James Bryan commands the stage effortlessly as Jonathan without going for cheap monster laughs, while Benjamin Titter offers a fortunately subtle interpretation of Dr. Einstein, a role which, in lesser hands, could be a nightmare to watch.

All in all, a splendid effort with a classic American comedy, making a difficult play seem easier than it is.

A troubling thought: Over sixty years ago a subject – euthanasia- thoughtso outrageous that it was the subject for a riotous comedy, now is  a serious medical and social reality.

Like Loading...
November 4, 2017 – 10:45 am | By Paul Kuritz | Posted in Current Events, from Paul, History, Quotations, Theater | Comments Off on Little Theatre of Norfolk’s ARSENIC AND OLD LACE: Classic Comedy