The Metropolitan Opera presents A NORMA for the Ages 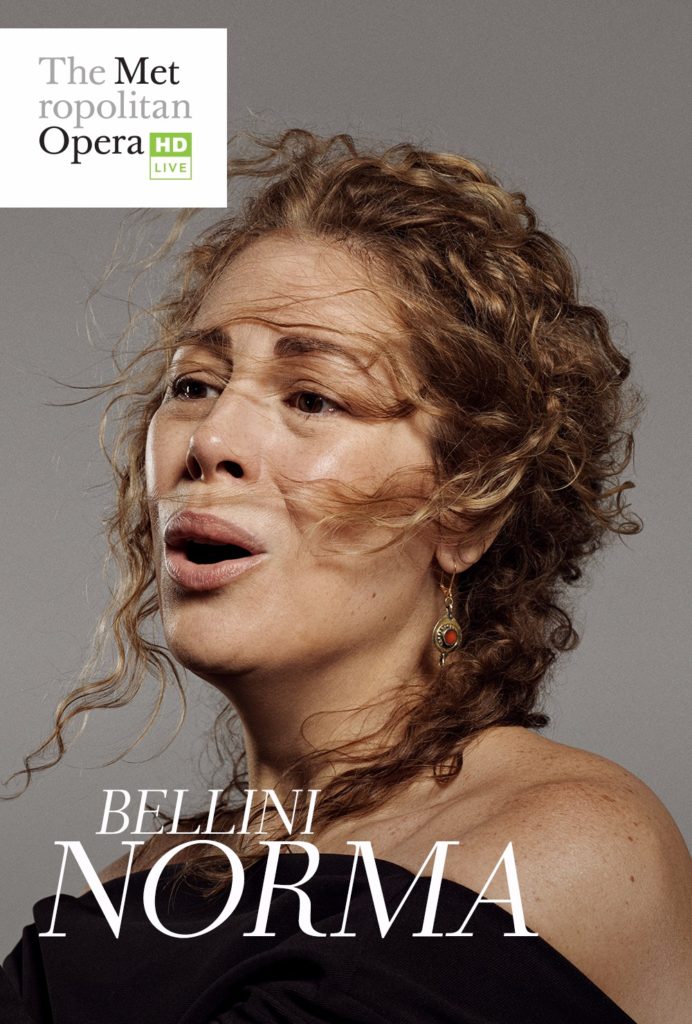 “It was,” said Coach Chuck Daly, “like Elvis and the Beatles put together. Traveling with the Dream Team was like traveling with 12 rock stars. That’s all I can compare it to.”

The inspired interaction and cooperation among the individual stars produced a combined effect greater than the sum of their individual efforts.

The core trio of superstars – Sondra Radvanovsky, Joseph Calleja, and Joyce DiDonato lead one another to new spectacular heights of vocal and histrionic excellence. Keeping pace with them are the stellar supporting players Matthew Rose as the heartbroken father Oroveso, and Michelle Bradley as the loving, torn, and loyal nursemaid Clotilde.

Key to their success is the Dream Team production staff led by conductor Carlo Rizzi, a man whose power and passion seem custom made to lead a NORMA, and by the brilliant stage director Sir David McVicar, whose mastery of all things theatrical and all things Druidic led him to assemble and conjure visual magic from the scenic designs of Robert Jones, costume designer Moritz Junge, and lighting designer Paule Constable. By creating an evocative and thoroughly appropriate visual environment of dark rich earth tones, at times resembling wood block prints, in which to work, director McVicar magnified the singing actors’ powers exponentially.

The title role in Bellini’s opera NORMA is the Mount Everest for operatic dramatic sopranos. The Met’s first NORMA, Lilli Lehman described the Druid Priestess as more difficult than all three Brunhildes of Wagner’s Ring combined. Maria Callas concurred: “Wagner is frankly easier to sing than Bellini. The Wagner roles are much less exposed and much less difficult.

Just last year we saw a NORMA at the Lyric Opera of Chicago with Sondra Radvanovsky. Ms. Radvanovsky was wonderful, though playing with a merely adequate supporting cast and within a ludicrous scenic environment. But now, at the Met, she is unleashed: NORMA’s vocal trills, scales and arpeggios, as well as over a dozen sustained high Cs have never resonated as well. Every note she sings arises from a deep psychological character truth. She unifies one of the world’s most enigmatic characters – warrior, lover, priestess, friend, mother – all suffering the full range of emotions – love, hatred, vengeance, jealousy, and tenderness. All are fully human and heartbreakingly beautiful.

Joseph Calleja has no bigger fan than yours truly. I delighted in his landmark portrayal of Romeo under Bartlett Sher’s direction and his historic reimagining of Don Jose in Rob Ashford’s Carmen. Calleja’s Pollione is but the latest amazing chapter in a historic career. Looking like the Black Knight, his Pollione strides the world like a colossus, taking what he wants, and throwing away the rest. Yet his clarion angelic tenor voice foreshadows the character’s eventual transformation into an honorable sacrificial hero. His final duet with Radvanovsky breaks your heart.

Joyce DiDonato has thoroughly understood Adalgisa. Her brilliant interpretation is a portrait of devotion, first to one’s God and second, to one’s friend. Beautiful loyalty, true philia, radiates from everything she sings and does. Her pain begins when she  breaks her vow to God. Then, as she realizes that she has also hurt another person her mounting despair is palpable. The trio of Adalgisa, Norma, and Pollione is one of opera’s trickiest and, when mastered as these three artists do, one of the world’s most satisfying aesthetic experiences.

Arthur Schopenhauer considered NORMA “a very perfect tragedy, a true model of tragic arrangement of the motives, of tragic unfolding of the plot and of tragic solution.”

Until I saw this NORMA I thought the old man dotty. Now I admire his prescient wisdom.

Like Loading...
October 8, 2017 – 3:26 pm | By Paul Kuritz | Posted in from Paul, History, Interviews, Men and Women, Music, Opera, Quotations, Sports, Theater | Comments Off on The Metropolitan Opera presents A NORMA for the Ages