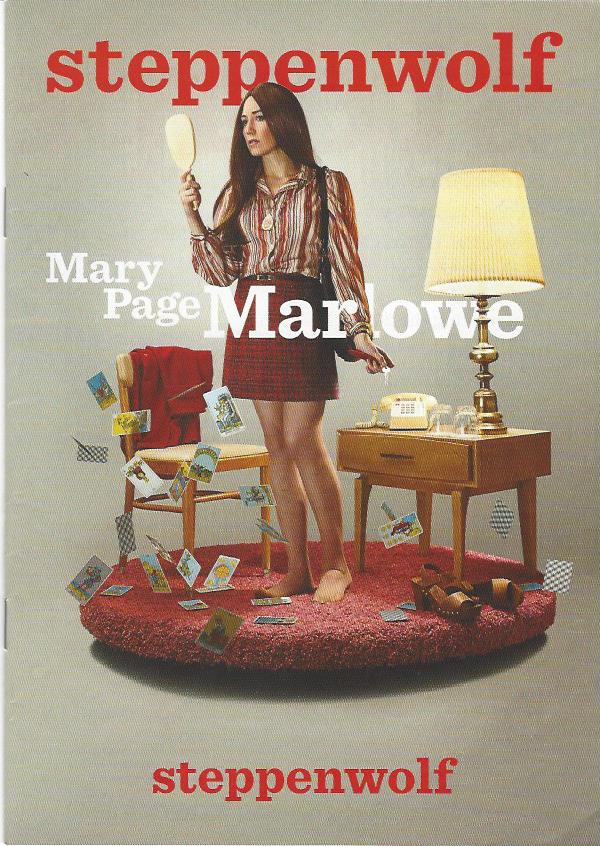 One of the great themes of Western literature arises in the temple of Apollo at Delphi with the maxim, “Know Thyself”.

The question, “Who Am I/Who is Mary Page Marlowe?”, and the answers discovered, constitute both the seemingly random form and often contradictory content of this hymn to the mystery of personhood.

In many ways, the play resembles the masterpiece Peer Gynt, a play rarely read, and even less frequently produced, by the towering playwright Henrik Ibsen,

Like Peer, Mary Page Marlowe is an unexceptional, ordinary person, dreaming of getting away from home, of seeing the world, of having an adventurous life. While Peer travels the world, Mary Page gets out of Ohio, but only so far as Kentucky. But like Peer, Mary Page finds adventure in members of the opposite sex and artificial stimulants.

While Peer adopts the motto, “To Yourself Be Enough”, Mary Page  insists that she is not who she is, that her real self is otherwise. She seems to intuit that she was created to be other than she is.

Like Peer Gynt, Mary Page Marlowe is the triumphant dramatic representation of a personality.

As an old man, Peer begins to peel an onion, seeing each layer as one of the identities he has had during his life. Finding no kernel at the center of the onion, Peer concludes, sadly, “Nature is witty.”

Dying in a hospital, Mary Page says she has figured out something about her life. When asked what by her nurse, Mary Page gives the most profound of answers: She weeps.

As her Catholic faith taught her, no one may bear the image and likeness of God who does not suffer.

Director Anna D. Shapiro has compared the play’s presentation of the character’s life to a stack of out-of-order photographs. Each scene could also be seen as a pebble from the sonnet Mary Page Marlowe wrote in high school, comparing life to a line of pebbles, or even seen as  a square from the patch work quilt Mary Page takes to the dry cleaners in the play’s final scene. Each scene could also be seen as a layer of the onion which constitutes the title character. The play and production allow all of these ways, and more, of seeing a personality unfold.

The great success of Ms. Shapiro’s direction is that what emerges is not a collection of performances to appreciate individually, but rather an unified, complex impression of the title character, stronger than any one of the pieces used to create it. All of the actors are consequently wonderful and irreplaceable.

Todd Rosenthal’s setting is magical. Soft black and white photographic images fade in and out, and travel throughout the background. Time moves while paradoxically remaining the same, and place varies without consequence. Time and place, though always particular, seem irrelevant to the personhood unfolding before us.

At the end of Peer Gynt, the hero, facing death, must answer a riddle:

Where were you, as yourself, the true you? Were you yourself with God’s image upon your brow?

The hero is saved by his mother/wife, who answers for him:

In my faith, in my hope, and in my love

The various Mary Page Marlowe personalities in Steppenwolf’s beautiful production are saved, ultimately, by the faith, hope, and love of playwright and son, Tracy Letts.