What Makes an Audience Like One Character More Than Another? 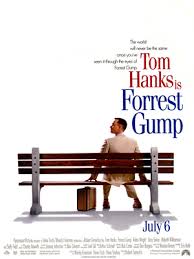 What makes an audience like one character more than another?

This question has bedeviled story makers almost from the beginning of time. Theoreticians tend to think that the characters with attractive traits win the allegiance of the audience. Attractiveness leads to empathy, the ability to project one’s own personality into that of the one being observed. Playwriting instructor Sam Smiley observes that, “The quality of attractiveness, when handled adroitly, permits playwrights to control the potential for empathy surrounding their characters.” Attractiveness can exist in any level of trait: biological, physical, dispositional, motivational, deliberative, and decisive. “Finally, attractiveness depends greatly on the moral purpose of characters. If their moral purpose is admirable, they will appear attractive.”1

Perhaps the first person to ponder the subject, Aristotle, came closest in The Poetics. He believed an audience connected most with “a man like ourselves.”

Which is fine, but one might ask, “Isn’t everyone different?”

In Theater and Film. A Christian Perspective 2, I suggest that the answer is clearly, no. Our creator has a template by which each of us is created. Father Andrew Stephen Damick stated this fact with great clarity:

Christ is our template. When we were made, the Holy Trinity had Christ in mind, because He is the image of God. Christ was the model, the template from which the divine Artist painted us, the stamp from which we are stamped. Indeed, Colossians 1:15 even goes so far as to describe Christ paradoxically as “the firstborn over all creation.” 3

We, every single last one of us, were made to have the traits, and the attractiveness, of Christ, the second person of the Trinity. Clearly, we have lost our resemblance along the way as we severed our relationship with our God. Nevertheless, we are hardwired to connect with, to empathize with, and to be drawn to, a character who has the traits of Christ, the traits of our own template, “a man like ourselves.”

As I watched Robert Zemeckis’ Forrest Gump to commemorate the film’s twentieth anniversary, I realized why Forrest continues to draw audiences.

Zemeckis’ hero achieves what he wants in life – Jenny for his bride – by one method: unconditional, sacrificial love – the same love he received from his mother. In this way, Forrest echoes the relationships of Christ with the Theotokos, the Mother of God, and with His bride, the Church.

I suggest that an audience is drawn to a character to the extent that the  character manifests the traits of Christ, our template, our standard, the one “imprinted on every human person from the moment of conception.”

Like Loading...
September 17, 2014 – 4:56 pm | By Paul Kuritz | Posted in from Paul, Movies, Quotations, The Gospel of the Kingdom, Theology, Uncategorized | Comments Off on What Makes an Audience Like One Character More Than Another?