Theurgy, Art, and the Kingdom of God 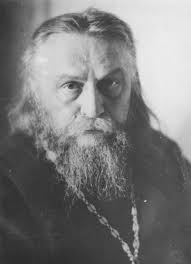 In The Fiery Serpent, I suggest that a “Christian” play or film is a story of redemption, a story in which the Kingdom of God breaks into a fictional character’s life, as it can in an actual person’s life.

While reading The Unfading Light   [i], I discovered that the Russian Orthodox theologian, Sergei Bulgakov (1871-1944) had used the term “theurgy” for the breaking in of the Kingdom of God:

Theurgy is the action of God, the outpouring of His merciful and saving grace upon man. As such as it does not depend on people, but on the will of God.

Any service, in so far as it is performed with the assistance of God’s grace, is an attempt to become theurgic.

The fact that both worship and art exist graphically testifies to the truth, that man does not live on bread alone, that he is not ‘economic man’, measuring out the world with a mercantile yard-stick, but is capable of selflessness and inspiration.

Bulgakov’s work is an important contribution to understanding the nature and purpose of art for a Christian.

[i] Bulgakov, Sergei. The Unfading Light. Contemplation and Speculation. With note3s by V.V. Sapov. Translation by Mike Whitton. “Signposts” http://vehi.net/