Do You Know This “Very Great Man”? 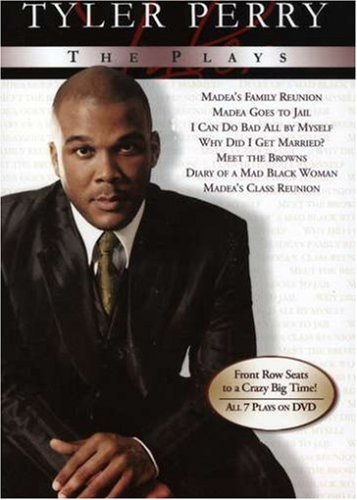 The history of Western theater and film notes few people who mastered multiple roles in the production of their art. Thespis, the originator of the Greek theater,Â  wrote, directed, and starred in his plays. Since that time, few individuals have hit the trifecta of production.

In the English Renaissance, Shakespeare wrote the plays, held a share of the companyâ€™s profits, played minor roles, but left the staging and music to others. In France, Moliere wrote plays, staged them, and played the leading roles.
Â
In the twentieth century, George M. Cohan wrote a few of the plays in which he starred and the lyrics forÂ a few of the songs he sang. Nevertheless, it was said of him then, “George is not the best actor or author or composer or dancer or playwright. But he can dance better than any author, compose better than any manager, and manage better than any playwright. And that makes him a very great man.”

Since then, artists who did not specialize have grown rare. At mid-century,Â  England’s Peter Ustinov starred in some of the plays he had written. Anthony Newley wrote the scripts, wrote the songs, and starred in Stop the World – I Want to Get OffÂ  and The Roar of the Greasepaint. The Smell of the Crowd. More recently Charles Ludlam wrote, directed, and starred in the plays of his Ridiculous Theatrical Company, a cult theater in New York City, producing wonderful work in a very tiny theater.Â In film, Charlie Chaplin, Orson Welles, Woody Allen, and Sylvester Stallone are unique in having written, directed, and starred in their films. Welles and Chaplin also contributed to the design. And Chaplin wrote music, as well.

So were I to tell you that there is a man who has written, produced, starred in, composed the lyrics for, and designed over ten musical plays within the past ten years, which have not only toured all over the United States, drawing upwards of 35,000 people to them a week, and whose DVDs of the live performances sell millions of copies, you might well be astonished. Not just that such a person exists, but that he remains unknown to most of the worldâ€™s theater and film-going public.

His name is Tyler Perry. And he is, bar none, the most accomplished and successful person in contemporary theater today.

Mr. Perry of New Orleans has created a powerhouse theatrical character who stars in all of his stage plays. Mable Simmons, known to friends and foes alike as â€œMadeaâ€, presides over an extended family of children, grandchildren, great-grandchildren, neighbors, and assorted hangers-on.Â  My friend, and New Orleans native, Charles Nero suggests â€œMadeaâ€ may come from the abbreviation of â€œMy Dearâ€. But I prefer to think of her as an American offshoot of the classical character Medea, rethought as a comic character

Â Tyler Perry, a male, plays Madea, just as his male classical forebear played the female character, Medea. The effect is to combine in one character all of the powers usually associated with male and female characters. Medea, the granddaughter of the Sun, possessed supernatural powers. Perryâ€™s Madea packs a revolver in her purse, grows pot in her garden to calm her fury when aroused, and smokes cigarettes non-stop. Most importantly, like Medea, Madea seems to live to avenge mistreatment, betrayal, and injustice with whatever forceÂ is necessary; Madea is always ready to be arrested for violence in the sake of justice and peace for her family and friends. In periods of calm, Madea is Wisdom herself, as when, in Medea Goes to Jail, she counsels estranged mother, Katie, and daughter, Toni:

The characters of Madeaâ€™s world include her neighbor Mr. Brown (David Mann), her two daughters Cora (Tamela J. Mann) and Vickie (Pebbles Johnson), and her grandchildren and great-grandchildren, and their mates. As Mr. Perry says, he writes about â€œreal people, people you see everyday in your neighborhood.â€ Addictions, petty crime, rape, abortion, neglect, and abuse, as well as engagements, weddings, birthdays, funerals, and family reunions are all part of Mrs. Simmonsâ€™ neighborhood.

What sets these real people apart is their faith in Jesus Christ. Because of that faith, Mr. Perryâ€™s characters discover that all things work to their good, if they believe in God. (Madea leaves the proclamation of faith to others; she seems to view her job as making sure religiosity doesnâ€™t stand in the way of meeting peopleâ€™s needs.) A character’s musical prayer is sure to open a fast track for an infusion of the Kingdom of God into their lives.

Throughout the plays, characters break into song to share their deepest hopes and fears. CoraÂ Â may sing â€œWhen the Child You Love is Gone All Wrong.â€ The Reverend may drop by to ask, â€œHave You Tried Jesus? Heâ€™s All Right”. Vickie her heart hardened by years of rejected love, may sing her prayer, â€œOpen My Heart So I Can Know Love.â€ And a play may conclude with a group rendition of â€œThe Family that Prays Together Stays Together.â€

Lest this account makes the plays sound pious and stuffy, you should be warned: Tyler Perryâ€™s world is not for the feint-hearted, thin-skinned, or humorless. Madea will say and do the most politically-incorrect thing at the drop of a hat. (Even his fellow actors donâ€™t know whatÂ Mr. PerryÂ might say next â€“ 30% of Madeaâ€™s lines are improvised at each performance, depending on how the Spirit moves him.) But since her truths come from the most loving of hearts, we laugh till we hurt.
Â
Why donâ€™t more people know of Tyler Perry?

He is an African-American. That may account for some of it. But he is also an unapologetic born-again Christian, who gives all the credit and glory to his Savior, both in his plays and in his life. I suspect that accounts for most of the mediaâ€™s blindness to this historically important artist.

Mr. Tyler PerryÂ deserves the kind of words which were given to George M. Cohan: